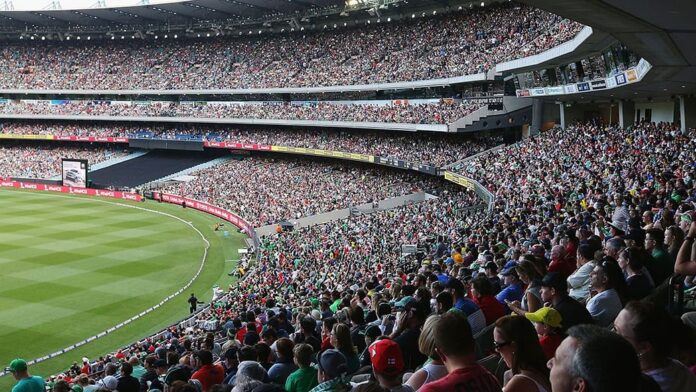 TNCA secretary RS Ramasaamy has confirmed that the state board will implement strict measures to ensure safe return of crowds, including temperature checks for spectators, emergency health services and CCTV monitoring of fans. Masks are also said to be mandatory for anyone entering the stadium.

The second Test between India and England will be played in Chennai from Saturday, February 13, and it is ought to be a special day for the people of India as it will mark the return of live crowds to international cricket in the country. The MA Chidambaram Stadium will host spectators at 50% capacity and India, after New Zealand and Australia, is all set to become just the third country to host international cricket post the pandemic in the presence of fans.

While the return of spectators to stadiums is great news, there also, at the same time, exists fears over the safety of both the fans and the players. But to ensure the highest standards of safety are met, the Tamil Nadu Cricket Association (TNCA) are set to leave no stone unturned.

Speaking prior to the second Test, TNCA secretary RS Ramasaamy confirmed that the strictest of measures will be implemented. Masks for fans are said to be mandatory, temperature checks will be conducted upon entry and social distancing is set to be maintained, with fans, who will anyway be hosted at 50% capacity, expected to be seated in alternate chairs. In case any members are found flouting rules, they are set to be warned a first time, after which they will be evicted.

“We will have volunteers checking whether all the protocols are being followed. If there is trouble, they will let us know and we will deal with it. We will also have a separate crew to monitor the CCTV footage. If they find any issue, they will inform the volunteer in that particular stand,” Ramasaamy told TOI.

One of the major concerns is what will happen if and when the ball is invariably hit into the stands, but Ramasaamy stated that, in such a case, the umpires will sanitise the ball. The TNCA secretary, in fact, revealed that the same procedure was followed for the first Test, where the ball was sanitised by the umpires after volunteers in the ground helped them retrieve the balls.

“For the first Test, we had volunteers in all the stands who were returning the ball. Once the ball was returned, it was sanitised by the on-field umpires. The player who got his hand on the ball first was also sanitising his hand. That will continue.”

The precautions are not bound to stop with just masks, temperature checks and CCTV monitoring as Five medical kiosks are expected to be set-up, apart from which there will also be four ambulances at the ground. These have been put in place to attend to fans who may start showing symptoms of being ill after entering the stadium.

“Five medical kiosks have been set up and there will be four ambulances at the ground. We have a medical room with a doctor and an isolation room too. If we find people coughing or sneezing after they enter the stadium, we will move them to an isolation room. We will make sure they get medical attention and are moved out,” Ramasaamy concluded.