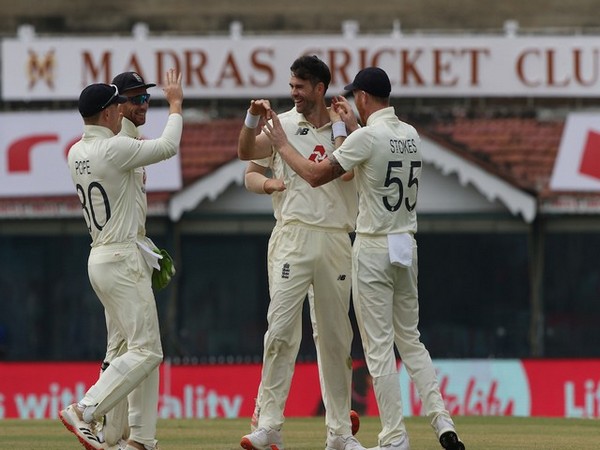 After a humdinger of a first Test saw the visitors, unexpectedly, come out on top, India and England will clash once again in Chennai from Saturday in the second Test of the four-match series. England will need to win to boost their WTC hopes, while a loss would knock India out of WTC contention.

Rarely do teams win three away matches on the trot in Test cricket, but this English side, earlier this week, doubled this figure. Yep, with the victory in the first Test against India in Chennai, Joe Root’s men stretched their away winning streak to SIX(!!!). Dating back to 2018, England have also now won six consecutive matches in the sub-continent and in the first Test, they played like a team that have well and truly mastered the art of playing in Asian conditions. They batted long – excruciatingly long, you could say – got their tactics, team selection spot on and showcased immense patience with the ball to dominate India across five full days. Perhaps for the first time in 16 years, India might just be entering a home Test not as favourites.

India entered the first Test in Chennai with their confidence at its absolute zenith, but, as it turned out, they were found guilty of still being in the Brisbane hangover. A toothless performance with the ball was succeeded by an abomination of a first-innings effort with the bat and the two things combined to hand them their second defeat at home in seven years. Virat Kohli and the boys certainly have the quality to bounce back, but whether they will be physically and mentally up for the challenge remains to be seen.

While it might be an overstatement, it won’t be too inaccurate to state that Joe Root, currently, is batting as well as anyone ever has in the subcontinent – in Test history. The England skipper has accumulated a ludicrous 684 across his last three Tests in extremely challenging conditions and he marked the series-opener with an impeccable double-century. Arguably, even more impressive was his 32-ball 40 in the second innings, where he looked like he was batting on a completely different wicket. Certainly won’t be out of the reach of the new ICC No.3 batsman in the world to mercilessly slay the Indian bowling once again.

Virat Kohli entering an already-formidable batting line-up was supposed to spell trouble for England, but an extremely nervous outing in the first inning – where he needed to cash in – meant that he barely hurt the Three Lions. After going century-less in the entirety of 2020, Kohli needed to go big in response to England’s 578 to keep India in the game but, unfortunately, he wasn’t able to do so. Both India and Kohli would, however, take heart from the right-hander’s showing in the second innings, where he looked in ominous touch for 103 balls before being castled by a Ben Stokes delivery that kept tantalizingly low.

In the span of two days, Jack Leach went from being a meme to a match-winner. At one stage in the first innings, when Pant was wreaking havoc, Leach threatened to finish with abominable figures but as soon as the southpaw departed, the left-armer turned into a completely different beast – not just in the first innings, but for the rest of the game. It was his 4/76 – notably the wicket of Pujara – which punctured the Indian batting line-up and the Somerset man is now making a habit of murdering teams on the final day. He now averages a remarkable 17.52 in the fourth innings, so, should the Chennai wicket in the second Test offer any turn, you bet this nerdy left-armer would be licking his lips to yet again run through the Indian batting.

There were not many Indian players who, after the first Test, earned the right to walk with their head high, but Ravichandran Ashwin certainly was one. The first Test was as much Ashwin vs England as it was India vs England. Through some immeasurable graft – he bowled the most number of overs he ever has in a Test – and relentlessly consistent mastery, Ashwin kept India in the game single-handedly. He was duly rewarded for his efforts with a six-wicket haul, but so poor was the performance from his teammates that his toil ended up being rendered useless. Even if he’s only 70% fit, trust Ashwin to spin a web around the English batsmen come Saturday.

Where to Watch: Star Sports Network and Hotstar (in India)