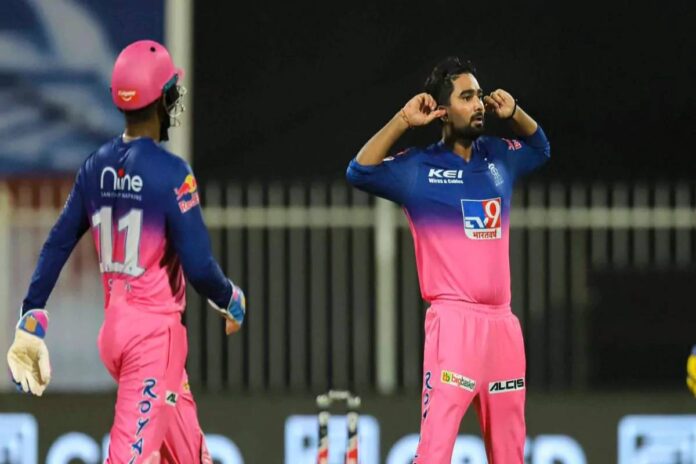 Rahul Tewatia, who was picked in the Indian T20I squad, expressed that finding a place and performing for the Haryana team was what gave him confidence and helped him back his skills. He also added that he cannot wait to share the dressing room with Indian skipper Virat Kohli and co.

Rahul Tewatia’s dream-like run began in the toughest of times when Rajasthan Royals had to do the beyond-possible run-chase against then KXIP. While they just didn’t do it, they did it with a sign of style, as Tewatia took down Sheldon Cottrell around the park, with his sixes. Ever since then, Tewatia’s stocks have hit sky-high, with the all-rounder becoming one of the most talked-about cricketers in the tournament.

So much so, he brought his charisma and form in the Syed Mushtaq Ali, where he was influential with the bat. On the back of his consistent display, the all-rounder was picked in the T20I squad against England. Post his selection, Rahul Tewatia expressed that finding a place and performing for Haryana was what drove him confidently. The all-rounder also added that it also allowed him to back his skills amidst the competition.

“Imagine fighting it out for a place in the team which has legends like Amit Mishra bhai. Then you had Jayant Yadav, and Yuzvendra Chahal has also represented the state team whenever he has not been busy playing for India. The level of competition for spinners in the Haryana team is one of the toughest I would say. Finding a place and performing for Haryana not only gave me confidence but also helped me back my skills,” said Tewatia, reported TOI.

With the confident all-rounder having already clashed against the Indian skipper, Tewatia stated that he cannot wait to share the dressing room with Kohli and co. He also reckoned that the entire series would be a good learning curve for him, competing against one of the best white-ball sides in the form of England.

Yet, the all-rounder did not forget the gloomy past, insisting that if not for the trust from the Haryana Cricket Association or Anirudh Chaudhary, he wouldn’t have played his cricket all guns blazing.

“Yes, it can get tough sometimes when you have a bad game here and there, but there has been immense support from HCA. Not to forget how Anirudh sir has always instilled confidence in me. He was always a call away and ensured that I only looked at the positive side and backed my game,” he pointed.