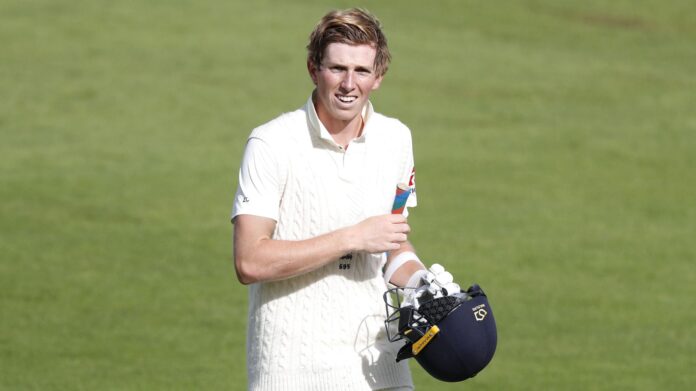 After having recovered from his freak injury, Zak Crawley has revealed that he would love to play at his preferred position of No.3 but insisted that there isn’t any problem opening the innings. He also added that it would be surprising if India produces an absolute green top in Ahmedabad.

With the series tied at 1-1, the focus of the battle has turned around to Ahmedabad, the largest cricketing venue in the world, where these two sides would clash in a pink-ball Test. India’s only pink-ball Test in the country came against Bangladesh at the Eden Gardens, with the third Test being their second clash under such conditions in the country. However, on the flip side, England would have to exhibit more skills if they are to regain their upper hand in the series, after a monumental defeat against the hosts in Chennai.

One of England’s key members of the squad – Zak Crawley – who suffered a freak injury before the start of the series would return right in time for the third Test. Ahead of the Test, the right-handed Crawley stated that he would love to continue his Test career at No.3 but insisted that there isn’t an issue with opening the innings, in case the management deems it necessary. With Rory Burns form a major worry for the tourists, it was expected that Crawley would take over as the opener alongside Dominic Sibley.

“I’ve batted in the top four for England so any of those positions and any chance to play again I will do whatever role is required. If I had a preference, it would probably be 3 but I have no problems at all with opening,” said Crawley, reported The Guardian.

“I still back my game against spin, but it was a great learning curve for me that if I am a bit sharper and work on a few different things and do things that the best do, then there is room for improvement there. I am not going to let a few dismissals change the way I play. He is a top-quality bowler, Axar Patel, so obviously I am going to give him the respect he deserves, but for me it is not a problem in my eyes. I will keep trying to improve the way I play,” he added.

However, the focus in Ahmedabad would not be completely on spin, with an added advantage for the pacers as the conditions would be more favourable to them. Crawley stated that the pink-ball would certainly swing more than red cherry and expects the English pacers to have a better night around this time.

“(The pink ball) seems to be swinging more than the red ball, doing a bit more for the seamers. I expect a bit more seam in this game and for the seamers to have more of a chance than perhaps they did in the last couple of Tests.

While insisting that the ploy to have a green surface would play into England’s hands, he stated that the spinners will still have a big role to play, with the ball skidding quicker than it would in Chennai.

“It also seems to be a bit harder so the spinners are skidding it on a bit more. The spinners are still going to have to play a big role and I would be surprised if they produce an absolute green seamer,” he said.