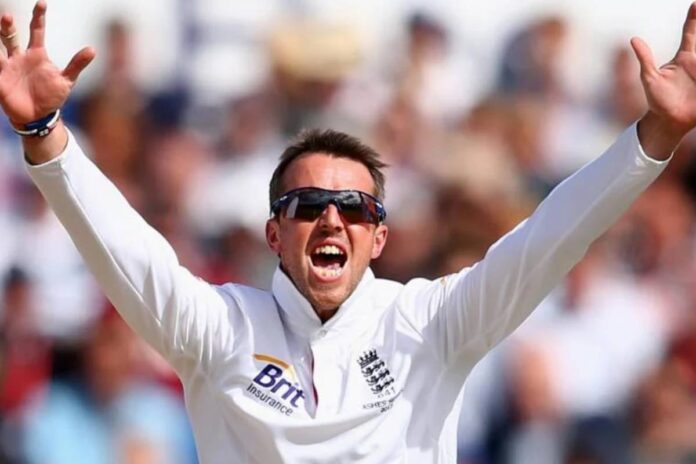 Ahead of the crucial Test series opener in Chennai, Graeme Swann has reckoned that English spinners really need to have a bit of swagger in their bowling. Not just that, Swann tore into the English mindset and stated that English cricket still doesn’t understand spin or captain it well enough.

Far and few spinners in England have made it to the highest level, from Ashley Giles to Jack Leach now. However, they have had their own fair share of struggle on the way, with the conditions in the country not favouring their style of bowling. That with the added pressure of performing in Asian conditions has become a talking point of several careers, including Graeme Swann, who was part of the winning team in 2012 against India.

The former English off-spinner, who picked up 255 wickets in the whites, expressed that the Three Lions’ spinners really need to showcase their bit of swagger, which is much needed in the longest format. He also stated that his only message to Jack Leach and Dominic Bess would be for them to showcase their talent with the jazz.

“And what England’s spinners really need is a bit of swagger. Very few players feel that way in international cricket because of the amount of respect they give the opposition and the awe and wonder at being there,” Swann told Daily Mail.

“If I could sit down with Jack Leach and Dom Bess now, I would tell them to just go out there and think, ‘This is where I belong’,” he said.

England’s victory away from home in Sri Lanka was aided by the fact their spinners put on a show, picking wickets in regular intervals. However, Swann pointed out that the fundamental flaw in England cricket about spin remains, with the country not understanding spin well.

Joe Root’s decision to have a deep-cover in the two Tests against Sri Lanka didn’t quite go down well with Swann, who insisted that the field placement is a very defensive one.

“One thing I will say, and Bumble (David Lloyd) mentioned this on Sky in the Sri Lanka series, is that I can’t understand having a deep cover to spinners like Joe did. It’s just a field placing for a dirty ball. By all means, play with a long-on or long-off or deep midwicket if you’re trying to tempt the batsman into something, but never ever have a deep cover.”