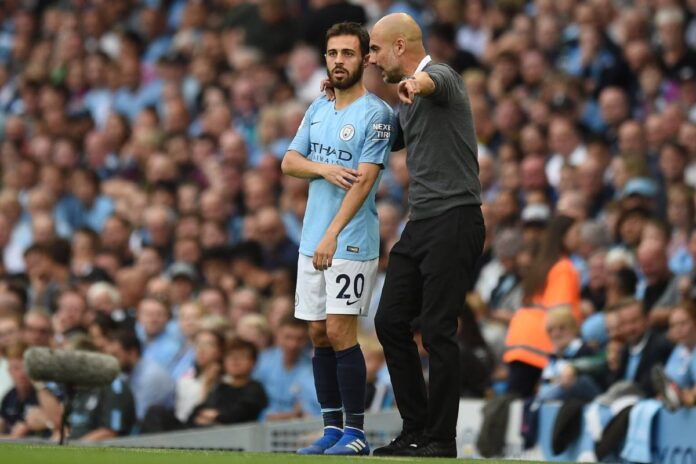 Pep Guardiola has revealed that since his FA ban, Bernardo Silva has had a tough time coping with the Portuguese international struggling for form since. The 26-year-old was suspended for one match after an incident on social media that saw the FA rule that Silva brought the game into disrepute.

After his Manchester City player of the season performance in the 2018/19 season, a lot was expected from Bernardo Silva in the 2019/20 season. But the Portuguese midfielder underperformed with a one-match FA ban playing a key role in that. The 26-year-old was handed the ban by the Football Association after he jokingly compared Benjamin Mendy to the character on a packet of Conguitos chocolates.

The FA ruled that while Silva had not intended the post to be racist, it brought disrespect to the game and thus banned the midfielder for one game. It has seen Pep Guardiola admit that the incident and the resulting ban affected the Portuguese international with him struggling for form. But the Manchester City boss further added that the 26-year-old is on his way back to his best with Silva playing a key role in City’s current run of form.

“It has been a tough period for him. When he was being accused of something he’s not, it was so hurtful for him — still I cannot understand it. He struggled mentally as a humble guy. I’m delighted he’s back, he can do everything. Another top player who always does the service of the team,” Guardiola said, reported ESPN.