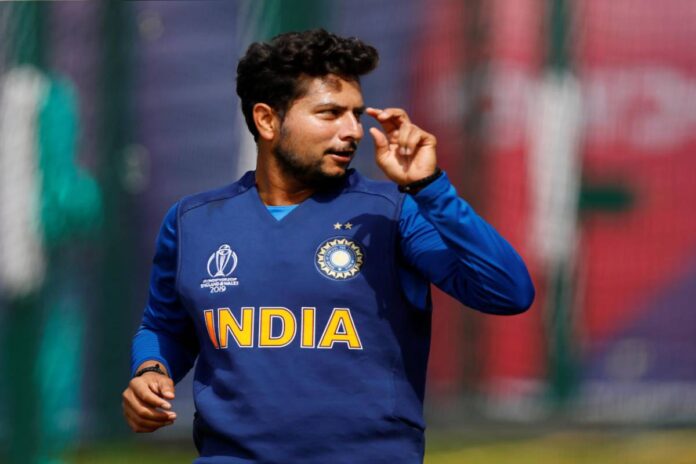 Kuldeep Yadav has stated that Ajinkya Rahane and Ravi Shastri were really helpful and clear in their communication in Australia and stated that it was difficult for them not to pick him. Kuldeep further rued the fact that he couldn’t bowl much in the 2020 IPL which took a toll on his performance.

Despite the presence of Kuldeep Yadav in the squad, the Indian team management preferred Washington Sundar who had last played a first-class game three years before the Test. It was quite a gamble but it paid off massively as Washington gave that impetus with the bat to help India to a historic series win in Australia.

Kuldeep, who took a fifer on his last ever Test match over two years ago, must have reasons to feel disheartened but as revealed by the wrist-spinner himself, the skipper and the team management backed him to the tilt and were clear in their communication.

“It is very important when your captain sees you work hard. It was very difficult for [Rahane] as well as the team management [to leave me out of the side during the Australia Test series]. But there was no difference in my process and my work. I believed in both. I felt really good about the words he [Rahane] said because if your captain is backing you and appreciating you [when you are not in the side], it counts a lot and motivates you very much,” Kuldeep told ESPN Cricinfo.

Kuldeep had two difficult seasons of IPL, where he lost out on a regular spot in the Kolkata Knight Riders’ side, and that has had a ripple effect on his performance for the Indian team. The left-arm unorthodox spinner further stated that it was a low point of his career but added that one can’t really learn if they don’t fail.

“Personally, I felt the 2020 IPL did not got well for me. I should have played more matches [for the Kolkata Knight Riders]. I felt I was in pretty good rhythm, I was bowling well, but just that I did not get many overs. So, perhaps, if I got more opportunities then it would have been good. I am not saying that was the lowest, to be honest.

“Even in 2019. I did not have a good IPL. Until you fail, you can’t handle the pressure. Now I feel I understand things better – I have seen failure in my life now, so even if I don’t perform, it will not be new. In cricket you can’t perform at all times, but if you carry on doing the hard work, you create better chances to become successful.”