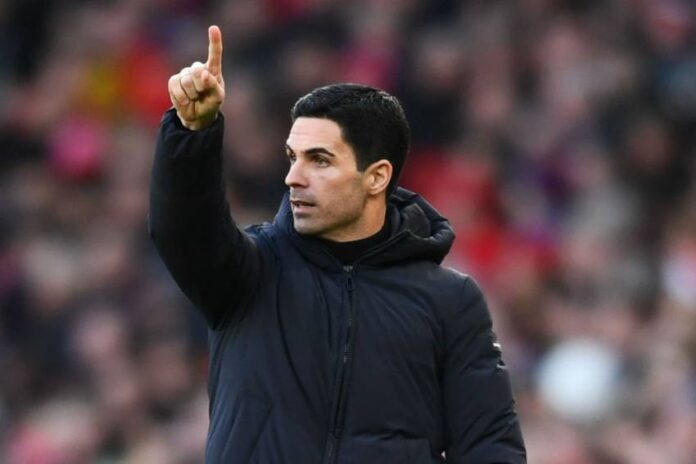 Mikel Arteta believes that Arsenal have little room for error as the move towards the end of the season and can’t afford any mistakes especially as they try to move up the league table. The Gunners currently sit in eleventh place on the Premier League table with them nine points off fourth place.

After winning the FA Cup at the end of last season, few expected the Gunners to struggle this season but that has been the case for Arsenal. The North London side currently sit 11th on the Premier league table with them 22 points behind leaders Manchester City and nine points off the top four places. Not only that, going into their Sunday game against Leeds, Arsenal sit only one point above Marcelo Bielsa’s side and are in trouble of not playing European football next season.

They’ll need to either finish amongst the top six sides or somehow manage to win the Europa League, where they face Benfica in their next game. It has seen Mikel Arteta admit that the club has absolutely no room for error going forward especially if they want to play European football. He further added that the next few games are going to be beyond crucial for the club and the performance levels have to be as high as it has been all season.

“Yes, it’s going to be crucial. We don’t have any margin now in the league and in the Europa League, they are knockout games. So, the moment you don’t do what you have to, you are out. The level of attention and the level of performances are going to be really high and demanding – and we have to face the challenge and go through them. First of all, we have to improve our position in the league – dramatically,” Arteta said, reported Goal.

“In order to do that we have to win a lot of football matches. How many will depend on what the opponents do because at the moment it’s not in our hands. We need to get into Europe – and into a situation where we can compete for those places – because that’s going to decide which competition we are in next season.

“Things could change really quickly. If you’d asked me this question after we’d won the last two games, I’d say we had options in both of them. It will now depend on how consistent we are week in, week out,” he added.