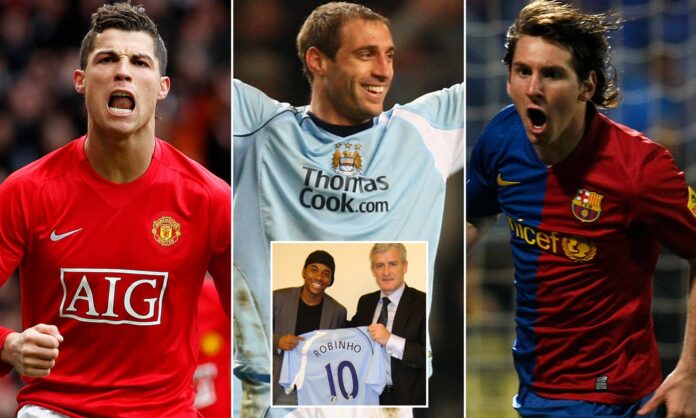 Former Manchester City Pablo Zabaleta believes that the Cityzens would offer Lionel Messi the best possible environment for him to thrive outside Barcelona. The Premier League giants are considered to be one of the top suitors for Messi’s signature, especially with Pep Guardiola still at the club.

When Lionel Messi submitted a transfer request over the summer window, Manchester City were amongst the top clubs in the running for the 33-year-old’s signature. However, while the Barcelona legend opted to stay at the club for the current season, he has yet to sign a new contract at the Camp Nou and is thus in the final six months of his current deal. That has seen Messi linked to some of Europe’s biggest clubs despite reports indicating that no move has been made for him.

However, with Barcelona struggling, financially, the Argentine could still leave the Camp Nou within the next few months and Pablo Zabaleta believes that Manchester City is the best place for him. The former Cityzens full-back revealed, in an interview, that while there is little doubt the Premier League will interest him, City offer Messi “perfect conditions” to thrive. He further added that leaving Barcelona will be a “big decision” and moving to a club with people he knows, will help.

“If Lionel Messi ­decides to leave Barcelona and he wants to play in the best league then he has to experience the Premier League for himself,” Zabaleta told the Mirror. It is something that will ­interest him because every player I know always asks me what the Premier League is like. Leo has been in La Liga for so many years and I think it would be a huge ­attraction for him to experience English football,” Zabaleta said, reported Goal.

“And Manchester City offer the ­perfect conditions. He knows Pep very well, he knows [sporting director] Txiki Begiristain and [chief executive] Ferran Soriano and also [Sergio] Aguero. It would be a big ­decision if Leo leaves ­Barcelona. But if that’s what he wants then it would be a good thing for him to go to a club that has people already there who can help him to settle”.