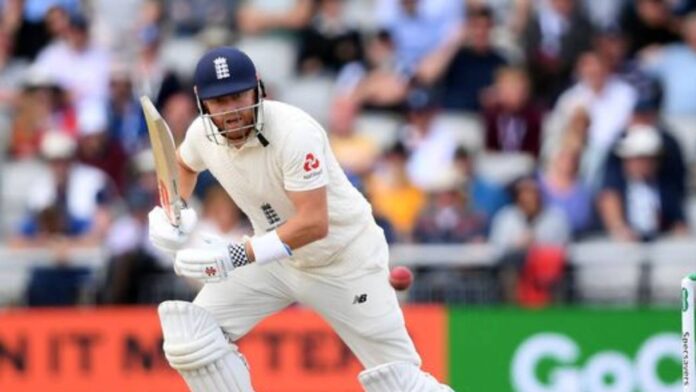 Despite having a slender lead, Sri Lanka’s second innings with the bat, where they went after every delivery has not gone well with Mickey Arthur, who expressed the need to address the ‘poor batting’ issue. He also added that this isn’t the first time the team is losing from winning positions.

England not just outbattled Sri Lanka, they out-battered them, especially with their batting unit standing strong against a dominant home bowling unit. Despite having a lead of 37 going into the second innings, the hosts batting saw yet another blip, where they needlessly went for the aggressive shots, which plotted their downfall. Within just a session of day’s play, Sri Lanka found themselves in shambles from a position of dominance, something that has happened quite a few times in the past.

It hasn’t left Mickey Arthur happy, with the Sri Lankan head coach fuming at the country’s batting performance. Pointing out at the hyper-aggressive stance that they took in the second innings, Arthur expressed that there is a need for him to sit down and address the ‘poor batting’ attitude from the Islanders. With the conditions not as bad as expected for the batsmen, Sri Lanka only managed to put 126 runs on board, out of which Lasith Embuldeniya, who walked at No.10, scored 40.

“It was poor batting. It’s something I’m going to sit and talk with the players about now. When we lead the game, we’ve got to be able to put our foot on the neck of the opposition and we didn’t do that. That today just wasn’t good enough. We’ve got to learn to be ruthless,” Arthur rued post-game, reported ESPNCricinfo.

“That was nowhere near our game plan. Our game plan this morning was to absorb pressure, grind away, and grind out a couple of sessions to make sure that we got ourselves into a very good position to push for the win tomorrow,” he added.

It wasn’t the first time in this series when the batters didn’t put their hands up, with them failing in the first innings of the first Test as well, which allowed England to plummet their lead.

“This isn’t the first time that it’s happened, and it’s something I need to look into with the team. We let it slip in one disastrous session. Much like in the first Test when we let slip in the first innings again. We can’t afford as a team to have those poor sessions. We’ve got to get our good and our bad closer together. The game was there for us to take and we didn’t take it. Extremely disappointed with that.”

Yet even after the 0-2 loss at their own home, there were a few positives for them, including the emergence of Lasith Embuldeniya, who has been the wrecker-in-chief, with wickets aplenty. Arthur credited the left-arm spinner’s ‘hard work’ as something which has led to his wicket-taking ability.

“I was very excited for Lasith Embuldeniya. He works so hard at his game. When you get those rewards, in his ninth or tenth Test match, it’s unbelievable. I always tell him he’s got the gift of the fingers – he’s able to spin the ball. I think he’s got a wonderful future.”