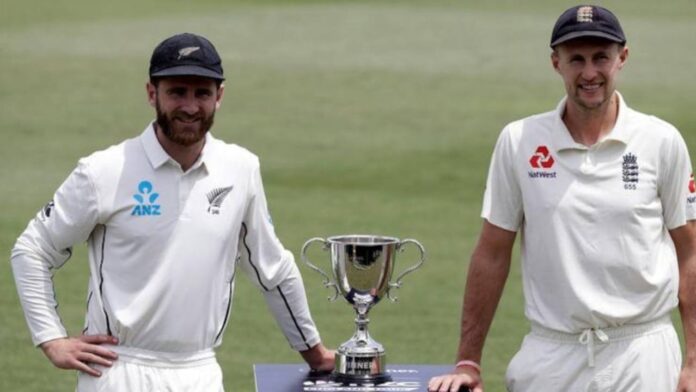 On Monday, England and Wales Cricket Board (ECB) have confirmed a two-match Test series against the top-ranked Test side New Zealand in the month of June, at Lord’s and Edgbaston. The series is sandwiched between their trip to India and India’s trip to England in a long Test summer.

England’s well-awaited Test series against New Zealand was finally confirmed by ECB, with the two-match Test series kick-starting in June, with Lord’s and Edgbaston acting as the two venues for the series. ECB have mulled the option of playing New Zealand several times in the past but their last encounter was in 2019 when they faced each other in a two-match series, which wasn’t part of the Championship series.

New Zealand’s last series in the country, came in 2015 when they drew the series 1-1. However, since then, the two sides have only contested in New Zealand. The last time these two sides met in Lord’s, it was in the 2019 dramatic World Cup final, where England edged past the Kiwis in a rather tense finish.

“The prospect of our England men’s team taking on the world’s two top-ranked Test nations in New Zealand and India this summer is something for us all to savour,” ECB chief executive officer, Tom Harrison, said.

During the same month, the Three Lions are also set to face Sri Lanka in a three-match ODI and T20I series before facing fellow Asian side Pakistan in a similar series. Unlike last summer, where the crowd weren’t allowed to enter the stadium, the ECB are hopeful of selling tickets for the long English summer.