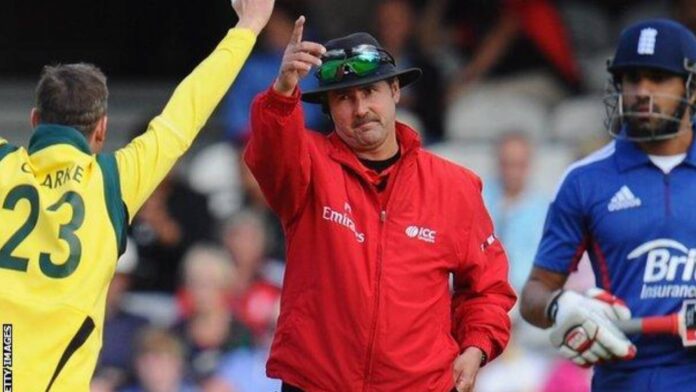 Richard Illingworth will become the first neutral umpire since the Covid-19 pandemic as Bangladesh don’t have any ICC Elite Panel Umpires to officiate the Test in the country. Illingworth arrived in Chattogram on January 24 and now is undergoing quarantine in regulation with Bangladesh Govt rule.

Since cricket resumed back in July with the alien concept of bio-bubble, it was done following the ICC regulations, one of which stated that only the home umpires would officiate the matches to limit the risk factor involved due to the Covid-19 pandemic. It had worked well so far, especially because England, Australia, New Zealand, and South Africa have some of the best umpires in the world. The same can’t be done for a country like Bangladesh, and to keep the standard at a particular level, the ICC decided to fly Richard Illingworth in from the United Kingdom.

According to ESPN Cricinfo, Illingworth arrived in Chattogram on January 24, 11 days before the first Test, which will start on February 3. He is now quarantining according to the directive from Bangladesh’s civil aviation authority.

However, Bangladesh Cricket Board might go in for a meeting with the officials and reduce the Quarantine period as it was done for their coaching staff as well as the West Indies contingent and TV crew, who arrived from the UK a little over two weeks ago.

The Englishman will be standing in both the Tests alongside home umpire Sharfuddoula, who will stand in his first Test match. Before him, five Bangladeshi umpires – Enamul Haque, AFM Akhtaruddin, Mahbubur Rahman, and Showkatur Rahman – had officiated in a Test match.