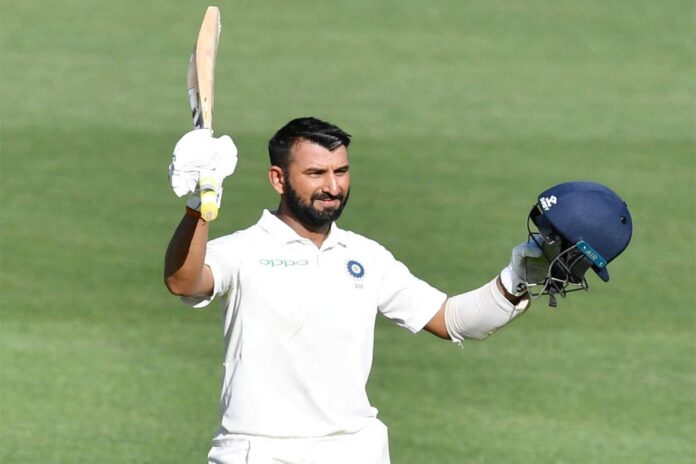 Recalling his partnership with Shubman Gill, Cheteshwar Pujara has stated that the former is one of the finest timers of the ball and he does it effortlessly owing to quick hands. Pujara has further added that attacking from both ends sometimes is just a wrong option and adds pressure on the team.

Shubman Gill had played multiple fluent innings for India A and Punjab in red-ball cricket but the transition to Test cricket was so smooth that one would be left thinking of a glorious future that lies ahead of him. He was effervescent, played his strokes, and never let any bowler settle against him on his way to two half-centuries in three games.

More often than not, he had Cheteshwar Pujara to accompany him at the other end and the contrast was clearly visible. Pujara bided time to score hard runs while Gill was a Virender Sehwag incarnate. Speaking of the contrast, Pujara stated that Gill is one of the best timers of the ball who has that extra fraction of time to judge the length.

“He is one of the best timers of the ball. He has a natural ability to react to the ball a little earlier. He gets that extra fraction of time to judge the length, the line, and then play his shots, whether it be the pull or a cover drive. He has quick hands and his downswing is so good that even when he defends the ball, with that timing, sometimes, it goes for two or three runs. Sometimes it feels like he is playing with hard hands, but he is so good at his timing,” Pujara told ESPNCricinfo.

“If I speak about his batting technically, it is a double-edged sword. If you remember, he was out a few times against Pat Cummins earlier in the series, caught at gully or slip, but at the same time Gill can play the same ball for two or three. He is managing it really well. He is very talented and I hope he continues to improve because we need good openers. We have been getting good starts in the last couple of Tests matches and that is a big advantage. The way Rohit [Sharma] and Shubman started in Sydney and Brisbane laid a good foundation.”

There were criticisms directed at Pujara for his low strike rate and how his slow batting added pressure on other batsmen. However, Pujara stated that his approach was to negate the deadly bowling at one end while letting Gill play comfortably.

“Gill’s strength lies in the way he plays and that is why he is successful. If he tries to bat time or tries to defend for long periods, it could pose a challenge for him. I can take the bowlers on too, but if I feel I need to hang back a little, I can do that as well. I can bat according to the situation. At that time, I felt it wasn’t wise to take the bowlers on because Gill was already doing that.

“It is important to understand what your partner is doing, as a batting unit, how the team is going forward. There could be occasions where both batsmen are playing their shots, but most of the time, if one is going well, the other has to bat normally and not do anything extraordinary. That is what I was trying to do. That is my strength.

“From one end you need to make sure there is a lot of assurance, a lot of stability, which allows the other guy freedom to play their shots. What ended up happening in that first session was I ended up getting too many balls from the tougher end,” Pujara added.