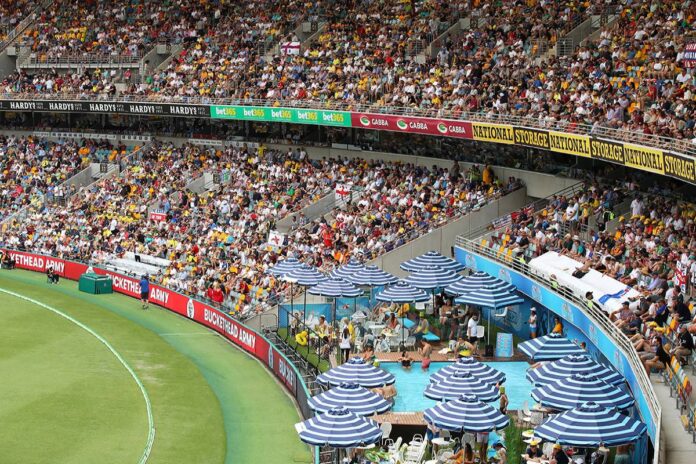 The date for the first Test of the 2021/22 Ashes series has reportedly been finalized as December 8, with the Gabba expected to host the game. The second, third, and fourth Tests are expected to be held in Adelaide, Melbourne, and Sydney, with the Optus Stadium in Perth set to host the final Test.

2021 is reportedly set to oversee the latest start to an Ashes series in 56 years as plans are being made to kick-start the prestigious Tests from December 8. Telegraph.co.uk reports that December 8 has been provisionally set aside as the first day of the first Test which is set to be held at the Gabba, with Adelaide (pink-ball), Melbourne, Sydney, and Perth expected to host the last four Tests. Should the fifth and the final Test be held at the Optus Stadium, it will be the first-ever Ashes Test at the venue, with WACA previously hosting Australia-England Tests in Perth up until 2017.

The reason for the delay, it is believed, is the late finish to the World T20. The final of the 2021 World T20 is scheduled for November 14 and thus taking into account a potential quarantine period, Cricket Australia are believed to have zeroed in on December 8 as the start date for the series. Not only that, the ECB’s insistence on playing at least one four-day warm-up game prior to the Tests is also believed to have played a part in CA pushing the dates for the series, which for decades has kick-started in November.

The turnaround time for England’s multi-format players – such as Stokes, Archer, Buttler etc – will be short, but the Test specialists who will not be a part of the WT20 are expected to land in Australia sooner to get acclimatized to the conditions. The likes of Dom Sibley, Zak Crawley, Joe Root, Rory Burns, Stuart Broad, and James Anderson are expected to arrive in Australia well in advance in order to get a hold of the conditions.

Cricket Australia CEO Nick Hockley confirmed that the board will be making official announcements ‘in the not-too-distant future.’

“We are actively working on the schedule for next summer. Much like this season, it’s being prepared for every possible scenario. We are absolutely planning for a scenario where quarantine is still required,” Nick Hockley, the Cricket Australia chief executive told the Melbourne Age about the Ashes series. “We will be making some announcements in the not-too-distant future.”

Australia are the current holders of the urn, with them, last year, under the leadership of Tim Paine, retaining the Ashes in England for the first time in 18 years.