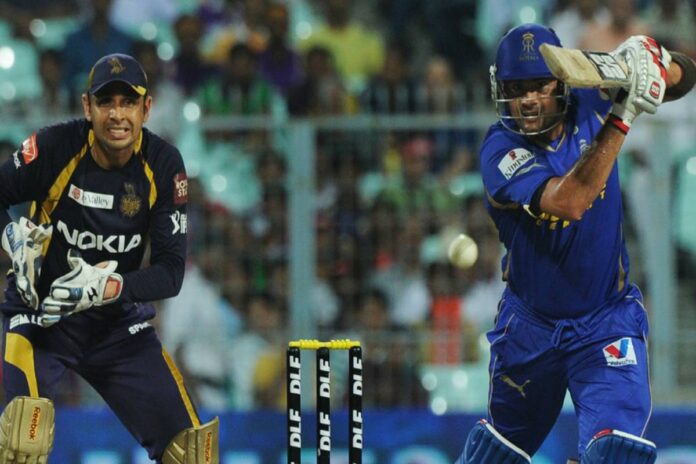 Owais Shah has reckoned that the English spinners would be tested heavily against the Indian batting lineup in the first two Tests, where the pitch is expected to be helpful to the spinners. However, he insisted that the way pacers bowled in Sri Lanka would give the management immense confidence.

It was the culmination of the hard work that they had been putting in day-in-day-out even during the course of the Test series. Every good that Ajinkya Rahane would do as captain, Virat Kohli was to be compared and exposed with. After the 1992 Scam, it was the Virat Kohli Test captaincy scam, directed and produced by BIFCC – Blind Indian Fanboys Cricket Circle, exhibited in front of the world.

There were sleepless and tireless nights that this section was spending to convolute theories that could even challenge the left field, bolt-out-of-the-blue angles proposed by Indian media in the aftermath of talented and famous Indian actor Sushant Singh Rajput’s unfortunate demise.

Such was the level of research and facts that these voluntary warriors (keyboard) unleashed that it could even put the IT cells of famous political parties to shame. It was a re-enactment of the Meme king Arnab Goswami’s, “Drugs Do, Mujhe Drugs Do” (Give me drugs) to “Facts Lo, Mera facts Lo” (Take my facts-2). It left normal fans like us in a state of shock with the difficult choice to make between what was more historic – The Test win in Australia or the spin/agenda peddled in regards to Kohli-Rahane Test captaincy debate.

Given how strongly BIFCC have put across their views on various social media platforms, we at SportsCafe decided to get in touch with the spokesperson for a world exclusive interview like never seen before.

Here are the excerpts:

SC: Before we get to Virat Kohli, what are your thoughts on Rahane’s captaincy during the Aussie tour?

BIFCC: To cut it short and summarize Rahane’s captaincy, just take the example of Rishabh Pant’s promotion to no.5 in the last two Tests.

SC: Okay, we get it. Moving ahead to our main topic of discussion, Virat Kohli. He has helped in revolutionizing India’s fitness landscape that is now paying rich dividends as the team are able to maintain greater intensity for longer periods of time in Tests. What do you think?

BIFCC: I must tell you, ‘A little knowledge is a dangerous thing’. Kohli didn’t revolutionize the Indian team’s strength and training landscape because they were lagging behind in terms of fitness and would generally see a dip in intensity levels due to that. But it was just the dawn of Virat Kohli’s dictatorship, done because he couldn’t stand anyone eating Chole Bhature and Butter Chicken in front of him after he had given up on these.

Haven’t you seen his interviews where he keeps gushing over these food items? Moreover, he was unhappy with the fact that Rohit Sharma, the Vada Pav enthusiast, was just sharing the accolades and limelight with him, so he wanted to have him as a partner in the pain of dieting too.

SC: What about the great work he has done over the years with fast bowlers? They have openly talked about his influence on them and how he backs them to the hilt, which has helped India with one of the best pace attacks in Tests in the world.

BIFCC: There’s no denying to the fact that Kohli laid the foundation of this great fast bowling culture in Tests but all is not as it meets the eye. He didn’t do it because India needed an able pace battery desperately. He could foresee Ravichandran Ashwin becoming the Indian skipper in times to come given his great talent and cricketing nous. So it was a grand conspiracy to ensure that fast bowlers took more wickets and became the central point of discussion than Ash. As a result, the off-spinner has been sidelined and the poor lad still fights for his place in the XI in overseas Tests. And now, let me get off the blinkers off your eyes and reveal to you some of his hidden agendas.

SC: Hidden agendas? Can you elaborate for our readers?

BIFCC: Virat’s grand conspiracies to retain Test captaincy and be the best batter in the side has been going on for long. He had even dropped his deputy Ajinkya Rahane in 2018 in South Africa. Not because he was averaging 34.62 in last 12 months and made just one century in 11 Tests when Kohli (75.64), Cheteshwar Pujara (67.05), KL Rahul (48.69), Shikhar Dhawan (68.75), Murali Vijay (52), Wriddhiman Saha (42.30), Ravindra Jadeja (42.3), Hardik Pandya (59.33) and Rohit Sharma (217) were averaging more than him in the same time period. But, it was done because he was insecure of Rahane scoring more runs than him and stealing the limelight.

Forget seniors, this man doesn’t even spare young players. He dropped Rishabh Pant from the Adelaide Test against Australia, not because of his poor wicket-keeping skills like we saw in MCG and SCG games but so that he gets lesser chances of toppling Kohli’s average in Australia given he had out batted him in 2018/19 tour Down Under.

SC: But Kohli is India’s best SENA batsman in the last five years, why would he do such a thing?

BIFCC: Yeah he is but that’s also part of his personal agenda. Virat Kohli has averaged 44.03 in SENA Tests when no other senior batsman has averaged 40 in the last five years. He is such a selfish cricketer that he wants to stand out among his teammates and be the best. Tell me if I am wrong, how can a good leader show his teammates in poor light? How can a skipper expose his players like this? He’s so unfair and harsh on others. He should learn from Rahane. Selfless Rahane followed in the footsteps of Dhoni, taking a backseat after a memorable MCG ton. He didn’t score much to let others shine in the last two Tests. Has Kohli ever shown such big-heartedness? Even Rohit embodied that spirit and kept throwing away his starts. Also, Kohli doesn’t even respect Indian legends.

SC: When did he disrespect the Indian legends?

BIFCC: Let me tell you the truth, he has no respect for former Indian captains like Sachin Tendulkar, Sunil Gavaskar, MS Dhoni or even Sourav Ganguly. I can back my claims with evidence as well.

None of them could average more than 51.35 as skipper in Tests, and Kohli averages 60.69. Also, he has 20 hundreds while Sachin had 11 centuries as Indian captain. This poor lad hasn’t even spared God of cricket and left him behind. How egoistic of him? Doesn’t that boil down to disrespect?

SC: What about the winning mentality that he has inculcated in the Test team? He embodies the spirit of never giving up and prioritizing wins over draws, something that was on display in India’s Test series win over Australia even in his absence. Isn’t it?

BIFCC: Only if you knew behind-the-scenes of all this (chuckling). After Virat was handed over the Test captaincy, he had masterminded his image-building after in numerous meetings with his PR team. He didn’t want to step into the shoes of Dhoni. He wanted to be the ‘Virat Kohli’ of Indian cricket. He knew that the buck stops at the Indian captain and it’s a position which keeps a player always in the spotlight.

So, he wanted to be all-out aggressive, and be seen everywhere as it was all a part of building up the grand Kohli marketing gimmick to get more ads. This was the reason he wanted Sourav Ganguly as the President of the BCCI as well with the agreement to promote him as much as possible. Even Ravi Shastri changed from what he was at the time of Dhoni. Kohli wanted Shastri to build up a certain bold and risk-taking image of him in the media, for which his contract keeps getting extended. He did influence the team’s mindset but for the sake of marketing. Winning games just came as an unintended by-product.

SC: Kohli has won 33 out of 56 Tests as captain, the most by any Indian captain. No one can refute that.

BIFCC: Why not? He has surely won more because he has captained more.

SC: No. Dhoni has captained India in 60 Tests and won 27 games. Kohli has a win/loss ratio of 2.538, which is the best for any Indian captain if we take a minimum of 10 Tests into consideration. Also, the next best W/L ratio is 1.615 by Ganguly.

BIFCC: You cannot fool me, what about away wins?

SC: There as well, Kohli has won the most number (13) of Tests as captain.

BIFCC: Enough of your one-sided facts and numbers. Stop acting as if you are on Kohli’s payroll like I am on Daniel’s. I am done with the interview. Next time, I will send one of our core members and my guru, Mr Daniel directly. He is the king of agenda peddling. I am still his intern. Then I will see you guys withering when he unleashes his maniac anti-Kohli facts, which are stored on his hard drive with one Terabyte data.

Disclaimer: Please note that everything mentioned in this article is fictionalized, exaggerated, nothing more than a satire, and in no way should it be interpreted as an actual record of events.