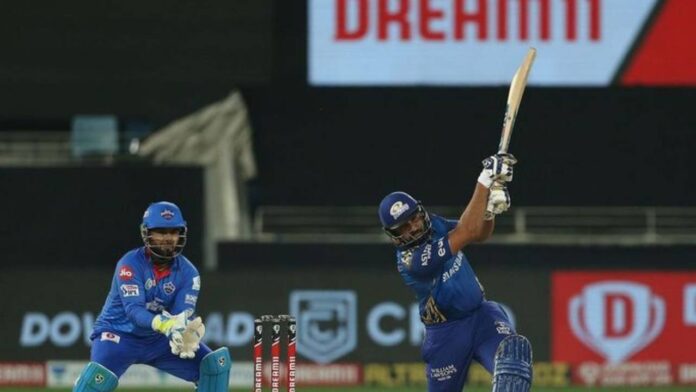 Mumbai Indians are the flagbearer of the Indian Premier League with a kind of presence that would be likened to some of the greatest dynasties in any team sport. The Retention/Release day was nothing but a microcosm of the quality they possess at their disposal and a sign for the future.

It takes guts and a lot of courage to release a player like James Pattinson when the said player filled in so nicely to the gigantic shoes of Lasith Malinga but not for Mumbai Indians. They operate at a different coastal plane from where everything is planned and structured, and they have visualized the result already beforehand.

Throw them to the deep end of the Arabic Ocean to play a cricket match with a bunch of Sharks and chances are they will win the Championship there too simply using the data churned out by the team analysts. They will possibly count the teeth of a particular shark and how hitting a four would mean less buoyant effect and can caress easily. Such has been their preparation. Thus the releases and retentions make for a little arbitration for the auction date and you’d blindly trust the machinery.

Who have MI retained?

Who have MI released?

What is their remaining purse?

How many slots do they have available?

Mumbai played it smart and how!

The moment it was decided that there would be no major auction this year, cricket analyst Ben Jones tweeted congratulating Mumbai Indians for their sixth IPL title. It was a joke, sure enough, but a reminder to every IPL team of the behemoth in action, quite reminiscent of CSK circa 2010 and 2011. In the proper tangible form, this takes the shape of a giant and Mumbai stayed true to the milieu to release only the deadwoods. Now they’re all set to take on the world with their very own core group and an unbelievable bench strength which will propel the Rohit Sharma-led side to greater heights as it comes. So fasten your seatbelt, get your popcorn ready, as this Mumbai might take you on another ride for a lifetime.

Chris Lynn had a semi-legendary career with Kolkata Knight Riders where he formed a deadly pair with Sunil Narine. The colossal rise of Shubman Gill further meant Lynn became an unsolicited member in the KKR dressing room and was duly bought by Mumbai Indians, who in all honesty had no reasons to bank on him. Now one would wonder why haven’t MI, who didn’t give a single game to the Aussie last time around, stuck with him once again. It is where the prevailing uncertainties come to the fore. No one is quite sure if the IPL will actually be played in India or in UAE or on a hub basis. His services might not be required otherwise but if it is Wankhede, the flatness of the wicket will dictate a lot of terms, thus that will bring the big Queenslander to the fore. You’d expect Mumbai to have thought in that direction before halting their move.

NCN is a fine all-rounder and despite his less-than-ideal performances in the Indian Premier League over the years, he has remained a potent force and someone who can always tilt the game around. But in hindsight, it seems like everyone was possibly overestimating the present with the scale of the past. Take this for example. Since 2018, NCN has turned up for Perth Scorchers, Melbourne Stars, and Mumbai Indians, averaging just 15.7. In the death, his performance is slightly better, with an SR of 166.7 coming at an average worth a shade over 21. A bowling average of 28 with an ECR of 9.14 at the death doesn’t indicate a lot of positive vibes for the future either. Given the sample size, it is not earth-shattering nor does it deserve an 8 crore package for a spent force who once had his weight worth in gold.

Mumbai don’t mess things up, do they? It was evident from their plans and they have got the pre-auction game perfectly bang on. On to the next step with so many smiling faces and a lot less nerves.