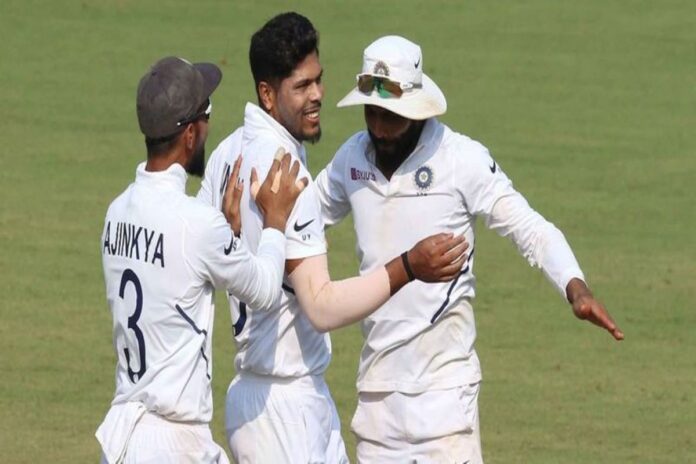 According to ANI reports, Umesh Yadav, who suffered a calf strain in the second Test in Australia, will take no further part in the series and will return to India immediately. T Natarajan, who is currently with the squad, will be taking that spot in the side with an SCG debut looming large.

India lost Ishant Sharma before the tour, Mohammed Shami during it and now Umesh Yadav is the next addition to the list. The Vidarbha pacer, who dismissed Joe Burns with a peach of delivery before injuring his calf, will be no longer part of the Indian squad for the next two games. He will return to India and continue his rehab under the NCA physio.

“His scans came in and he will miss the third and fourth game. So, there was no point in holding him back and it is better that he returns to the country and undergoes rehab at the National Cricket Academy (NCA). He left on Wednesday night,” a BCCI source told ANI.

“With limited options available, the team management can ask for Natarajan to be added to the squad,” the source said.

India also has Kartik Tyagi in the squad as a net bowler who impressed in the practice match but given T Natarajan bowled in a terrific manner in the nets, he seems to be the front-runner for a starting role in Sydney. India also has Shardul Thakur in the side who replaced Mohammed Shami after the latter was ruled out of the tour following a blow to his arm by Pat Cummins.