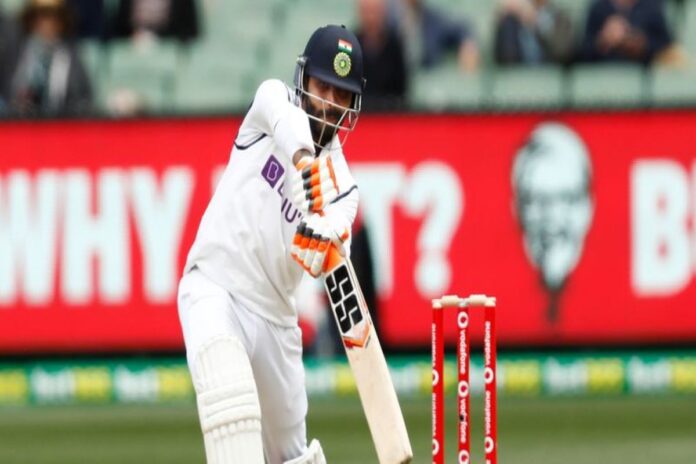 Deep Dasgupta has stated that Ravindra Jadeja is taking his batting seriously now as compared to the past when he would play a terrible shot to lose his wicket. The former Indian wicket-keeper has also added that Jadeja is thinking like a batsman which is helping him get big scores currently.

Ravindra Jadeja’s evolution as a batsman since 2017 has been a story for the Indian team as the all-rounder is one of the very best-performing batsmen on the Indian side, averaging over 50 in the last few years. In Melbourne, he did justice to the tag by scoring a composed 57 and forged a solid partnership with Ajinkya Rahane to guide India to victory. Deep Dasgupta has praised his batting while adding that he is in the same bracket as Ben Stokes currently.

“As of now the way he’s batting he definitely is (in the same bracket as Ben Stokes). Even during the IPL, I actually said why not him at No. 4 for CSK. He’s got a couple of triple hundreds in domestic cricket, getting runs there is not easy,” Dasgupta told Sports Today.

“For Saurashtra, he bats at No. 4 but for India, he comes in at 7 or 8. Somehow I felt that he never took his batting seriously enough. In 2017, he was dropped from the side but and I think what kind of prompted him was the fact that he wanted to make himself more useful to the team, not just with the ball but with the bat as well.”

As a matter of fact, Jadeja has the highest batting average (46.29), and bowling average (24.97) among the top Test all-rounders with Ben Stokes (42.34 and 27.59) and Shakib Al Hasan (38.48 and 26.03) taking the next two positions behind him on the list. Dasgupta said that Jadeja always had the talent but somehow would play a terrible shot to get out.

“He always had the skillset with the bat but earlier on, he would play terrible shots and get out. But now he’s putting a price to his wicket, he’s thinking and batting like a batsman and that I think has changed in his batting in the last few years,” he said.