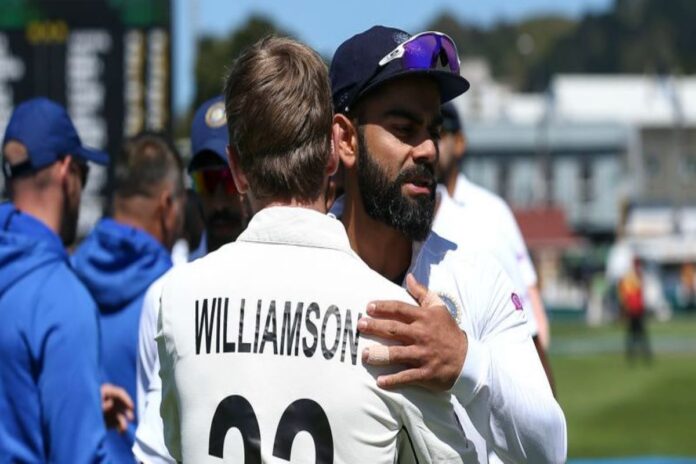 After Steve Smith’s twin failure in the ongoing Test series against India and Virat Kohli’s absence, Kane Williamson has pipped the duo as the No.1 Test batsman in the world. Williamson also notched up twin centuries during New Zealand’s home season against West Indies and Pakistan.

Steve Smith, on the back of his scintillating series against India in the 50-over format, entered the Test series with the same amount of confidence. However, at the Adelaide Oval, he was undone in the first innings by a straighter delivery from Ravichandran Ashwin. Smith followed his first Test failure with another stinger in the second Test, which has pushed him down to No.3 in the rankings for Test batsmen.

Meanwhile, New Zealand’s Kane Williamson who notched up a brilliant double-century against West Indies earlier during the home season put on another spectacle against Pakistan in the ongoing series. In his last two Tests, Williamson has scored 251 and 129, which has pushed him above the lot as the top-ranked Test batsman, with Virat Kohli stable at No.2.

Following the brilliant century at the ‘G, Ajinkya Rahane has overtaken David Warner as the sixth-best batsman in the longest format. Pujara, however, has fallen down to tenth place in the latest rankings. Amongst the bowlers, Ravichandran Ashwin got a big boost after his ten wickets Down Under while left-arm pacer Mitchell Starc finds himself a place in the top five rankings.