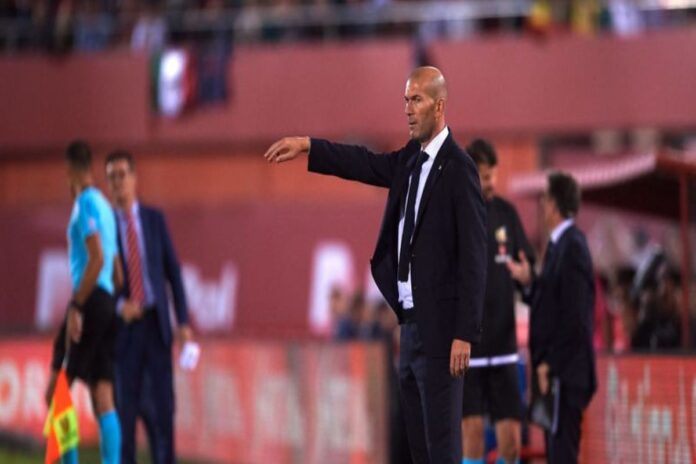 According to ESPN, Real Madrid are keen on keeping Zinedine Zidane as their manager until the end of the current season despite the Frenchman’s poor results across the board. The Los Blancos were knocked out of the Copa Del Rey recently to make it three games without a win in all competitions.

After a 2-0 win over Celta Vigo, many expected Real Madrid to cruise through their next few games but things haven’t exactly gone according to plan. Instead, the Los Blancos have failed to win a single one of their last three games including a 2-1 loss to Athletic Bilbao in the Spanish Supercup semifinal. But to make things even worse, Zinedine Zidane’s men suffered a 2-1 defeat after extra-time against Spanish third division club Alcoyano despite having their best players on the field.

It has seen rumours indicated that Real Madrid are furious at the run of results with their efforts in the Champions League, despite qualifying, not helping their cause. However, ESPN has reported that despite their anger, Real Madrid are keen on finishing out the season with Zidane at the helm before making a decision in the summer. The report further added that only a catastrophe will see Zidane sacked despite the fact that the club’s board, alongside Florentino Perez, have been bamboozled by a few decisions the Frenchman has made.

That includes sticking with Marcelo and Isco Alarcon despite the duo struggling to perform with other decisions including Zidane’s stubbornness to stick with his veterans. While the dressing room has backed the Frenchman, reports have indicated that some of the younger players believe that Zidane has no faith in them with the board backing that. However, either way, the club are willing to wait before pulling the trigger, especially with Real Madrid still in contention for the La Liga and Champions League.