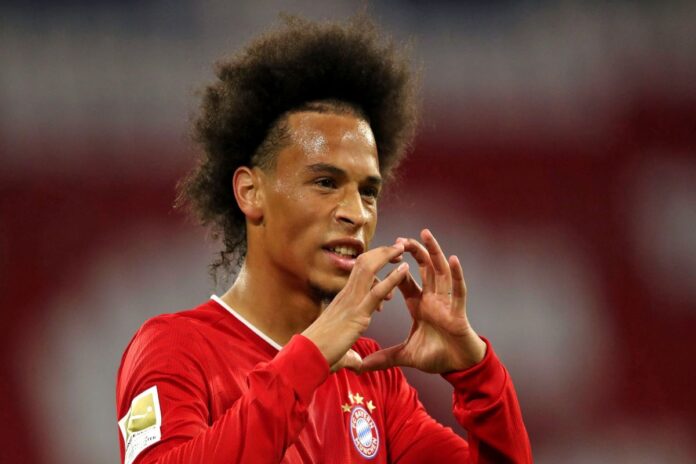 Bayern Munich’s Leroy Sane has admitted that Pep Guardiola transformed the way he played football and that he believes it may have never happened had he not moved to Manchester. The 25-year-old left Manchester City for Bayern Munich but has failed to perform consistently for the club since.

When Leroy Sane signed for Bayern Munich over the summer, it brought an end to a transfer saga that lasted for more than a year with the Bavarians refusing to give up. Only Sane’s ACL injury suffered at the start of the 2019/20 season prevented the move taking place then but the German attacker has failed to find his groove since then. While he has played on a regular basis for the club, the 25-year-old has managed to find the net just four-time with 5 assists to his name.

But the move to Bayern Munich also took place, partly, because reports indicated that Sane and Pep Guardiola’s relationship had deteriorated towards the end of his time at Manchester City. The German forward refuted those claims and instead admitted that he had a “good relationship” with Guardiola with the Spaniard taking Sane to the next level. The 25-year-old further added that without a move to Manchester, he believes he “probably wouldn’t have reached that level”.

“Pep and I had a good relationship. I saw Pep’s family in the building more often than Pep himself. He wasn’t standing at the window waiting for us to come home in the evening to check on us! I thought it was great to live so close to my colleagues. It was a good neighbourhood,” Sane told Der Spiegel.

“He raised me to a completely new level. Mainly by working on little things: with which foot do I take the ball in which situation and how? What is the best action to open the space? Other coaches tell you that too, but he really did it every day until I did at some point have a little man in my ear with his voice that told me what to do when and how.”

“That he doesn’t stop when he sees that you’ve improved. He’ll find something new to work on with you tirelessly. If I hadn’t moved to Manchester, I probably wouldn’t have reached that level,” he added.