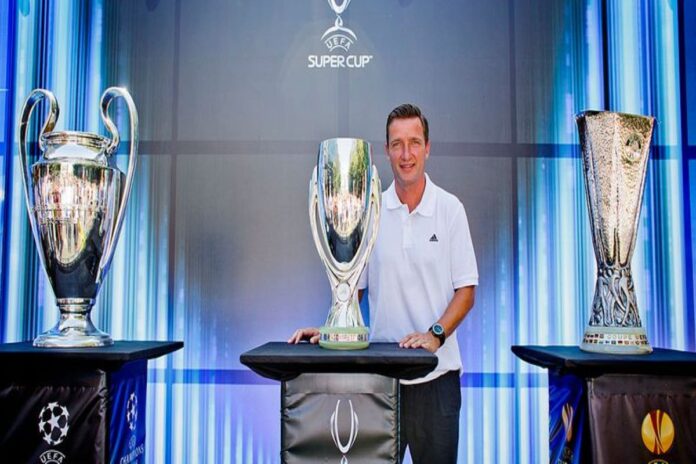 According to the Guardian, the impact of the ongoing coronavirus pandemic has forced Europe’s top clubs to look into the proposals for a potential European Super League with more seriousness. This comes despite FIFA’s, and the six confederations, statement that where they publicly rejected the move.

Despite a staunch statement released by FIFA on Thursday that publicly rejected any proposal to create a European Super League, the Guardian has reported that proposals are being heard over the same. The talks, which first started in 2019 before being confirmed by former Barcelona president Josep Maria Bartomeu, include Europe’s biggest clubs including Real Madrid. That was confirmed by president Florentino Perez in 2020 when he admitted that Real Madrid was a part of the discussions and it led to FIFA’s, and the EU’s, statement.

Reports also indicated, in 2020, that JP Morgan was asked to examine whether or not such a project was feasible with investment banks reportedly keen on funding the project. However, the Guardian has now reported that the financial effects of the ongoing coronavirus pandemic have forced the club’s hands with them now looking into a possible European Super League. This would replace the current UEFA created Champions League and Europa League with it no affected the normal league season at all.

Not only that, it would see the 20 clubs, that the competition will be restricted to, share revenues that would cross the billion mark. The report has further indicated that both Liverpool and Manchester United are seriously considering supporting the idea with many more top clubs seriously discussing it. The list of 20 clubs would also include the other four of the Premier League’s “big six” teams although none of the other four clubs have made a comment on the situation.