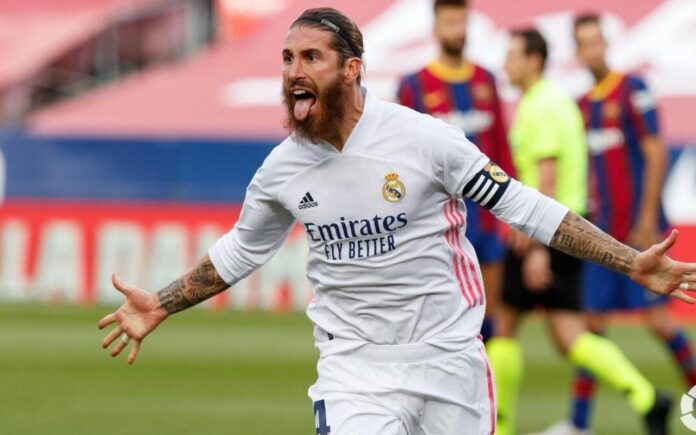 According to Spanish outlet Onda Cero, Paris Saint-Germain have offered Real Madrid’s Sergio Ramos a three year contract worth €15 million a year. The 34-year-old is only behind Iker Casillas and Raul on Real Madrid’s all time appearances list but has been in a stand-off over a new contract.

With less than six months left on his current contract at Real Madrid, Sergio Ramos is officially free to discuss potential pre-contract moves with clubs outside of Spain. However, the Spaniard has done no such thing as of yet despite being linked with moves to Italy, England and even France. The 34-year-old has some of Europe’s biggest sides after his signature but hasn’t opened a dialogue with any despite reports indicating that contract talks with Real Madrid aren’t going well.

It has seen Onda Cero report that Paris Saint-Germain have already thrown their hat in the ring by offering the center-back a three-year deal worth €15 million per year. That would make him amongst the club’s highest paid players and it is a figure that Real Madrid would be unable to match given their financial troubles. Not only that, the Los Blancos and Ramos have been in a stand-off over the last few months with the club refusing to budge beyond a two-year contract.

That has seen PSG pounce as they know that Real Madrid won’t be able to match the salary figure and that the Madrid club are still trying to figure out a way to sign Kylian Mbappe. It does complicate any new contract negotiations for Real Madrid with Sergio Ramos and Florentino Perez reportedly yet to have a talk over the deal. Ramos’ representative, and brother, Rene has been in talks with Perez but they reportedly haven’t gone well so far.