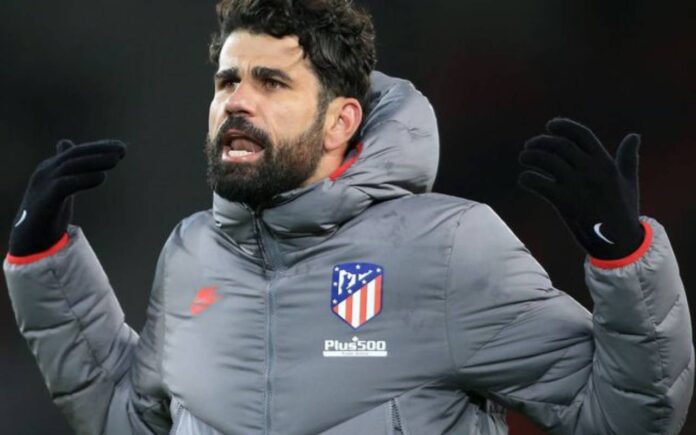 Former Manchester City full-back Micah Richards believes that the Cityzens could win the Premier League title if they sign free-agent Diego Costa to help them out. The Spaniard was released by Atletico Madrid just before the start of the January window, with him citing personal reasons as the case.

Despite having a squad filled with extremely talented players, Manchester City endured a tough start to the season but even with things back on track, the Cityzens are struggling to score goals. That has a lot to do with Raheem Sterling, Gabriel Jesus and Sergio Aguero’s struggles to find the net with Phil Foden, at the moment, the club’s top scorer with nine goals across all competitions. That is despite the youngster playing sparingly for the club with Sterling and Ilkay Gundogan top-scoring for City in the league with five goals.

But Aguero’s persistent issues with injuries, combined with Gabriel Jesus’ severe lack of goal-scoring form, has seen cries for Manchester City to sign a new striker. It has even seen Micah Richards confess that he believes with Diego Costa in their side, the Cityzens could actually win the Premier League title. The 32-year-old left Atletico Madrid before the start of the January window and is currently a free-agent and Richards added that the Spaniard is a “proven finisher” and could offer Pep Guardiola more.

“Manchester City are already on a ridiculously good run of form but if they signed Diego Costa now, he would win them the Premier League – I am sure of it. Costa is 32 and I am not suggesting he is a long-term solution for City up front, but the former Chelsea striker is a free agent after ending his Atletico Madrid contract in December, and can sign for anyone for nothing,” Richards told BBC Sport.

“Why not get him in until the end of the season? He would do more than just ruffle a few feathers and be a pain in the backside for opposition defences – he is a proven finisher who would offer Pep Guardiola’s side a proper plan B. Yes, you would have to cover Costa’s wages, but the massive difference he could make to City’s season would make that worthwhile.”