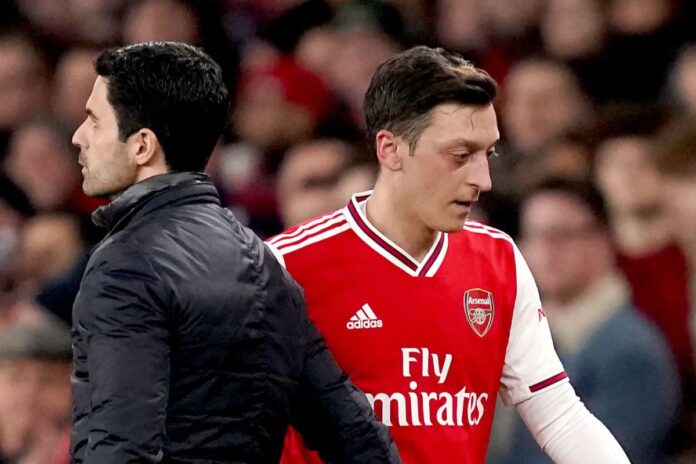 According to the Athletic after weeks of discussions, Arsenal and Mesut Ozil have come to an agreement to terminate the German’s contract immediately. The 32-year-old hasn’t played a single minute for the club since Project Restart with him not registered in their Premier League squad this season.

After seven long years, it looks like Mesut Ozil’s time at Arsenal is coming to an end as the Athletic have reported that the German playmaker is set to leave the club in January. The report has revealed that the 32-year-old and the North London giants have come to an agreement in principle to terminate his contract immediately. The German had only six months left on his current deal with the club and has been linked with a move away despite struggling for game-time.

Ozil hasn’t played for Arsenal since football in England restarted after lockdown with him not registered in either the club’s squad for the Premier League or the Europa League. That decision shocked many fans and critics alike especially since the German is the club’s highest earning player with him on a £350,000 per week contract. However, despite Ozil admitting that he would stay at Arsenal until his contract expires, the Athletic reported that with no change in his registration, the German became open to a move away.

The former Real Madrid attacker has been heavily linked with a move to Fenerbahce and is set to complete the move to the Turkish side within the next few days. A deal in principle was already agreed between Ozil and the club with it reportedly taking place just before the January transfer window opened. However, the German’s contract issues with Arsenal caused problems but with the two parties coming to an agreement over early termination, it makes things easier.