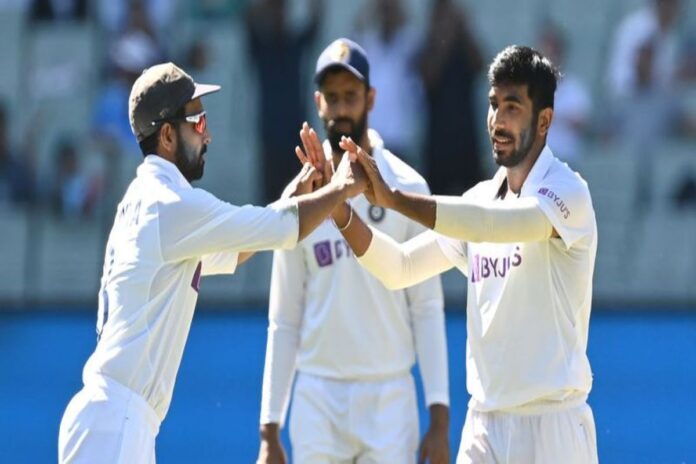 India has decided not to risk Jasprit Bumrah in Brisbane as the pacer suffered an abdomen injury that could worsen further. While the team is awaiting the scan reports, for now, it has emerged that Mayank Agarwal, who was in line for a game, has suffered an injury in the nets and went for a scan.

The Indian team are currently in a situation where they might not even field 11 players for the fourth and final Test of the series, as Jasprit Bumrah, the only first-choice bowler in the squad, has suffered an abdomen injury that might result in the team management resting him for the fourth Test.

PTI confirmed the news while journalist Boria Majumdar added the same on his Twitter account. “India not to risk Jasprit Bumrah in Brisbane. They fear Abdomen injury could worsen, scans done, reports awaited. Mayank hurt at training. Scans are done. Unless there is a fracture he was to replace Hanuma. Scan results awaited,” Majumdar wrote.

Lest Bumrah doesn’t play, Mohammed Siraj, all with an experience of two Tests, will lead the Indian pace bowling department with Navdeep Saini, who made his debut in Sydney, to accompany him. Mayank Agarwal was supposed to replace Hanuma Vihari while Prithvi Shaw was in line to replace Ravindra Jadeja who was ruled out of the tournament already.