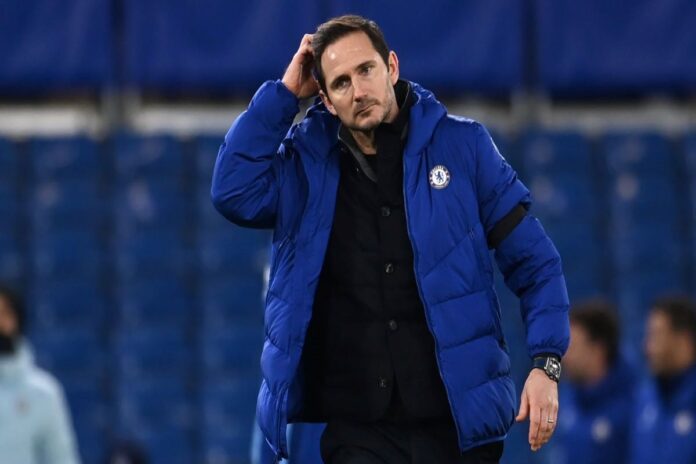 According to the Telegraph, Frank Lampard is set to be fired as the Chelsea boss after the club’s torrid run of form in the Premier League despite reports indicating otherwise. The Blues legend has spent eighteen months as their manager but has failed to get the team thriving this season.

Despite what has been a torrid run of form for Chelsea, few expected Frank Lampard to be sacked by the club but that is reportedly the case. The Telegraph, and Matt Law, have reported that the Blues have parted ways with their club legend less than a day after the club’s win over Luton Town in the FA Cup. This has not come as a surprise to many despite reports indicating that Chelsea were willing to give Lampard time to sort out the club’s problems.

However, with the Blues winning just two league games out of their last eight played, a run that includes five losses and two draws, it forced the club’s hand. The report further indicated that the Chelsea squad were told not to arrive at the training ground until the afternoon and that the club could confirm the news on Monday itself. This does bring an end to an eighteen-month spell for Lampard with him leading Chelsea to a fourth-place finish last season.

Reports indicate that Thomas Tuchel, Massimilano Allegri, Julian Naglesmann, Brendan Rodgers and a few other names are at the top of Chelsea’s shortlist to replace Lampard. However, a slight complication could put Rodgers and Naglesmann out of the race with the duo currently employed at Leicester City and RB Leipzig respectively. Both Tuchel and Allegri, however, are free-agents having parted ways with former clubs within the last eighteen months.