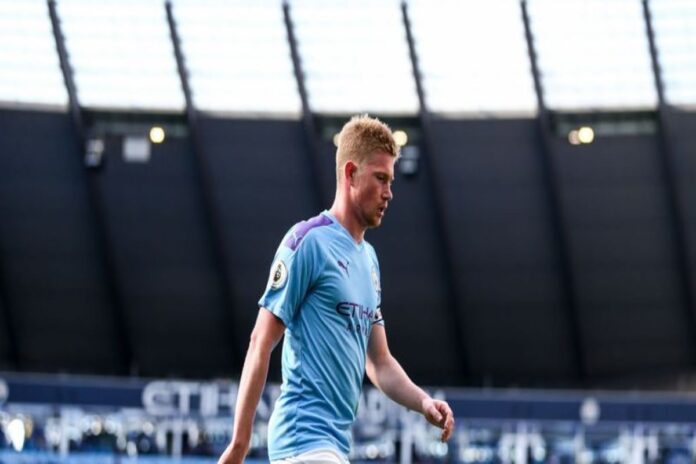 With another intense round of Premier League fixtures around the corner, it’s perhaps the moment to avoid any rash decisions, but then Kevin De Bruyne gets injured. While the news has been confirmed and the Belgian is set to miss out on the next four to six weeks, how do you replace one of the best?

Option one: You go big or go home

£11.9 million, 95 points and the only man who could ever avoid the Pep roulette in a team filled with underachieving Manchester City players. Then he gets injured and the world goes to hell especially since De Bruyne won’t miss one or two games but four to six weeks worth of football. Because now the question arises, how do you replace the Belgian?

As option one clear states, you either go big or go home and ignore the game like half the people on this planet. Because with about £11.9 million burning a hole in your pocket, the players to replace De Bruyne increases two-fold but given the premium options, it does make sense to go big. Especially with Sadio Mane (£11.8m), Marcus Rashford (£9.6m), Heung-Min Son (£9.7m) and a few others all available.

But with Mane struggling for form (two goals in his last six games or 28 points in the same), Rashford potentially injured plus struggling for form, and Son goalless in his last two, the options dwindle down. That does leave Mohamed Salah up for grabs but at £12.5m, the Egyptian forces a few tweaks to be made for those that don’t have the spare cash. He netted twice in the FA Cup loss to Manchester United and ended a drought but it does still continue in the league. Risky bet or you could go with Option 2.

Option two: Replace him with a like-for-like Manchester City star

Here lies the only good thing to come from Kevin De Bruyne’s absence because it allows an FPL manager to pick someone other Manchester City player. But the question is whom?

Raheem Sterling (£11.5 million) should be locked and nailed for the remainder of the season, despite his underwhelming form so far but is there anyone else? Of course, there is, this is Manchester City, after all, a team so filled with superstars that even their B-team could thrash you 5-0. Because with De Bruyne’s absence, youngster supreme Phil Foden (£6.3m) could fit the bill. The kid has been very good this season and is, technically, Manchester City’s top scorer with 9 goals across all competitions.

But that hasn’t stopped Guardiola from giving him limited minutes in the league and thus it does move us over to Ilkay Gundogan (£5.5m). The German is in shockingly good form with five goals in his last seven goals, but they are all the goals he has scored this season. Not only that, he has played at least 70 minutes in all of them and is on spot-kicks, alongside De Bruyne. He could be due a rest though and that insane run of form won’t continue which is why Riyad Mahrez (£8.1m) is available.

Bear in mind that picking the Algerian is a risky bet especially since his last goal was during a hattrick against Burnley ten games ago. Nothing since and his minutes have been very few but with a potential tweak allowing Bernardo Silva/or Foden to play in midfield, Mahrez could do a job on the wing. The question is, just how much does Pep Guardiola trust the former Leicester man?

But if you’re unhappy with the catalogue of players that Manchester City awards you, then as a cheap FPL manager, one could always go the budget route. And this season, the budget route has done very well for quite a few managers and the options are plenty. It starts with good ol’ James Maddison (£7.2m) and Madders is in fine fine form with three goals in as many games for Leicester City.

He has also played at least 70 minutes since his return from injury and for those who missed his stellar post-match interview against Chelsea, he’s trying to get more goals. That always bodes well for a midfielder and even more so for an FPL manager because with Maddison on set-pieces – aka free-kicks and corners – as well, it means extra-assist points. But if he isn’t good enough, then how about Aston Villa’s creator-supreme Jack Grealish (£7.7m)?

The Aston Villa captain has been a joy to watch this season with 15 goal contributions although his last three games have seen him contribute to only two assists. That’s not bad but, it isn’t great from a man who should be doing more, especially when you consider the fact that he hasn’t scored since Gameweek 10. Of course, things should be changing after a 20 day break thanks to COVID-19 which gave Grealish, and Aston Villa, a chance to refresh and find new ideas.

But for those unhappy with even that, you could go even cheaper with Pedro Neto (£5.9), Tomas Soucek (£5.3), Jack Harrison (£5.4) and maybe even Bertrand Traore (£5.9). All good for a goal or assist every other game, depending on who they’re playing, but consistency isn’t their middle name.

Need I say anymore? Apparently, I need to because, for people who have been living under a rock for a year, Bruno Fernandes is the latest Manchester United superstar. The Portuguese midfielder is, at the time of writing, the top-scoring FPL midfielder with 140 points. That includes 11 goals and 9 assists but his form has petered off over the last few game weeks with just one assist in his last three games. Not good for us or Manchester United but as that stellar free-kick in the FA Cup proves, Fernandes still has that eye for goal and Manchester United’s fixtures are kind to them.

They play Sheffield United next, with Arsenal, Southampton, Everton, West Bromwich Albion and Newcastle United coming around the corner after that. All good fixtures, all teams that Fernandes should be scoring or creating something against but like many others, he could be given a rest or two over the next few weeks. Keep that in mind and don’t blame me if Ole joins Pep Guardiola’s “How to rotate players for dummies” WhatsApp group-chat.