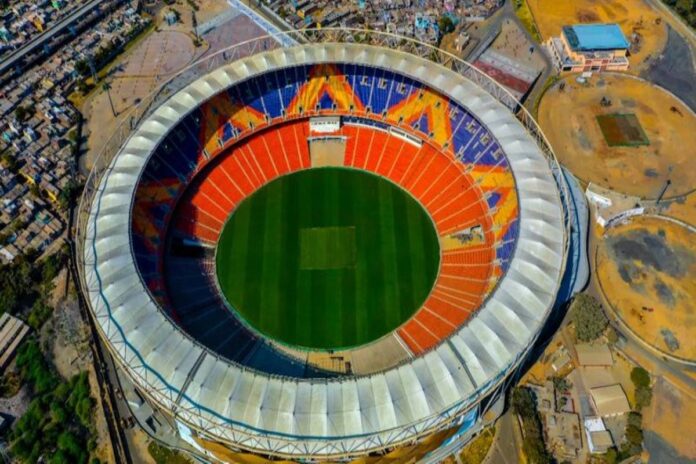 The BCCI are planning to bring crowds back for the India vs England T20I series at the Motera Stadium in Ahmedabad in 50 percent capacity after deciding against the plan for the Chepauk Tests. As a matter of fact, the Motera is the largest stadium in the world currently with 1,10,000 capacity.

While Tamil Nadu Cricket Association have already announced that the first two Tests at the MA Chidambaram Stadium in Chennai will not have any crowd present at the venue, there has been no discussion regarding the Pink Ball D/N Test in Ahmedabad and the following series-ending game at the same venue.

But now a senior BCCI official has gone one step ahead and revealed that the discussion regarding bringing the fans back for the five-match T20I series is already underway and the final decision lies with the government.

“We are trying to open the stadium for fans to witness what awaits to be a thrilling T20I series between India and England. While we are yet to decide on the numbers, the idea is to get close to 50 percent of the seats filled. But the final decision lies with the government. Safety is a priority even as we adapt to the new normal,” the official said.

Before the Test series begins, the Motera Stadium will host the Syed Mushtaq Ali Trophy Knock-out stage from January 26 with all eight teams already entering the bio-bubble created for the same. It will act as a great indicator of how things will pan out during the T20I series.