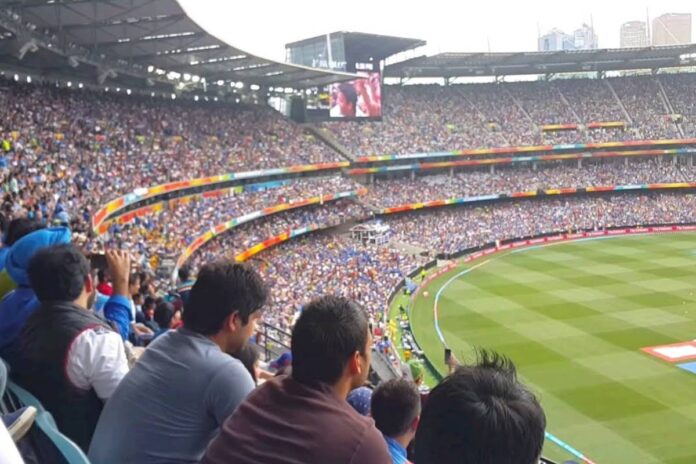 With the Syed Mushtaq Ali Trophy and the two Chennai Tests set to be played behind closed doors, reports have hinted that BCCI are attempting their all to get fans inside the stadium in Ahmedabad and Pune. The report also added a maximum of 25,000 to 30,000 fans would be allowed at Motera.

Cricket returned to normalcy in Australia, with the government allowing a certain section of the crowd to be seated at the venue. However, across other countries, all teams are still playing behind closed doors, with India’s first two Tests against England getting a similar treatment. If reports are to be believed, in the following weeks, the Indian fans would have something to cherish, as the BCCI are giving it all to bring back fans to the venues in Ahmedabad and Pune during the series.

The New Motera Stadium was inaugurated recently, with the venue hosting the quarter-final stage of the Syed Mushtaq Ali Trophy. With a seating capacity of nearly 110,000, the venue would be the biggest in the country and one of the biggest in the world. According to TOI, the reports also hinted that these arrangements would be only made for the limited-overs series, with the Test series likely to be played out behind closed doors.

“The board has been in talks with the two concerned association. It is very likely that these venues will see cricket being played with fans in the stands once all the clearances from the health authorities are attained,” a senior BCCI official said.

TOI also reported that a maximum of 25,000 to 30,000 fans would be allowed at the New Motera Stadium for the five-match T20I series, making it a spectacular event post the resumption of cricket in the country.