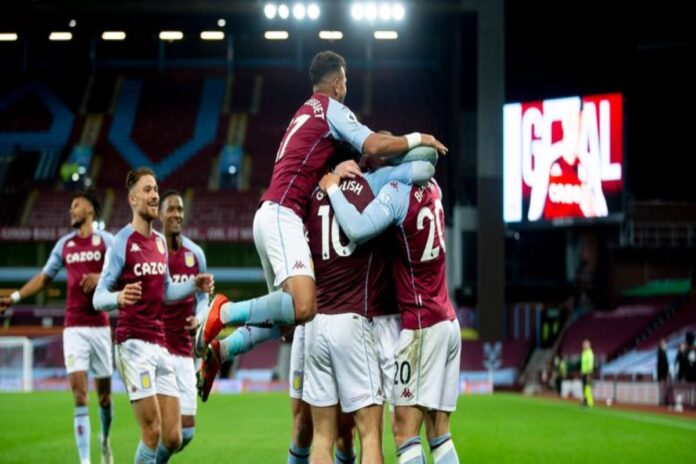 According to the BBC, Aston Villa’s game against Everton on Sunday is in doubt with the Villains reportedly asking the Premier League to postpone the fixture. This comes after the Birmingham side were hit by an outbreak of the coronavirus with their entire first-team placed in isolation.

With Aston Villa forced to field their youth team against Liverpool in their FA Cup third-round tie, there were a lot of concerns for the club especially with league games around the corner. But it saw the Premier League postponed Villa’s game against Tottenham on Wednesday with the North Londoners facing Fulham instead. However, the BBC and the Telegraph have now reported that the Birmingham side are looking to get their fixture against Everton postponed as well.

Dean Smith’s side face the Toffees on Sunday but with their Bodymoor Heath training ground still closed and have 14 members of their first team, including nine players, who tested positive. That has seen the Telegraph report that Aston Villa have requested that the Premier League postponed their game against Everton with them set to hold a meeting on Wednesday over the same. The game was already pushed back from Saturday in order to let Fulham play their rescheduled games.

But the report has further indicated that the Bodymoor Heath training ground will be opened on Saturday, giving the club less than a day of training before the fixture. That could potentially see the game postponed, reports the Telegraph, as Villa believes this is an extraordinary circumstance. The Villians have three matches in hand and are scheduled to play Manchester City next with the game postponed because of the extended pre-season break that the Cityzens were given.