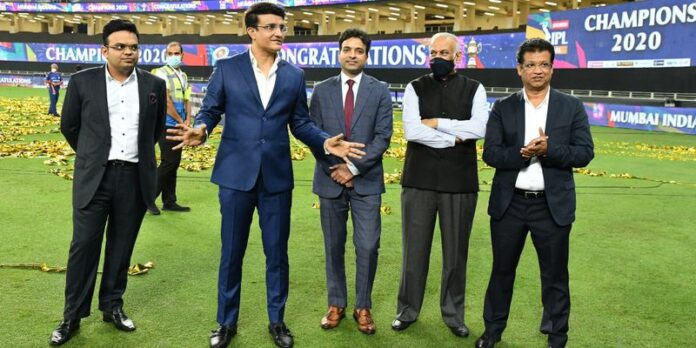 The BCCI Apex Council will meet on Jan 17 to decide the future of Ranji Trophy as sources suggest that the board is looking for a curtailed season in the same six bio-bubble created for the SMAT. It has also been reported that it will be a two-phase tournament, with the league phase before the IPL.

With Syed Mushtaq Ali Trophy already underway, Indian domestic players are looking at the BCCI with bated breathe if the domestic season can have a space for Ranji Trophy. With a lot of things depending on the logistics, it is surely a challenge in front of the stakeholders but it seems like the BCCI is eager to give it a stamp of finality. A decision regarding the same will be taken during the BCCI Apex Council meeting on January 17, scheduled to be held virtually.

“As of now, there is a 90 percent chance that the Ranji Trophy will start in February and we will have the same six bio-bubbles created for the Syed Mushtaq Ali Trophy. The groupings will also be the same — five groups of six teams each and one group of eight teams,” a senior BCCI source told PTI.

However, the lack of time in between might result in the BCCI breaking the premier domestic tournament in India into two parts with the league stage being held before the IPL and then the knockouts after the tournament.

“It could well happen that the league stage of the Ranji Trophy will be held before the IPL and then the knockouts, quarters, semi-finals and final held after the T20 league so that best teams don’t lose out on best players. It’s up for discussion. The women’s national tournament will be on and all age-group tournaments will be held,” the source said.

Apart from that, the Apex Council will also discuss the 2023-2031 ICC FTP cycle while asking for a bigger IPL window. The ICC tax exemption issue will also be discussed in the meeting even though it was decided that the board will ask the ICC to deduct the amount from their revenue if the Central Government doesn’t exempt the taxes.