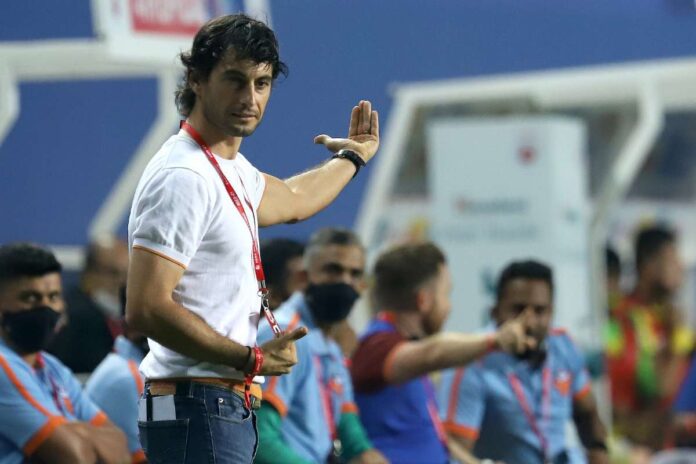 FC Goa head coach Juan Ferrando wants his boys to start games with more personality and character, unlike last night, where they failed to make a mark. The ‘Gaurs’ are now placed at the third position in the league table, with four wins, two draws, and three losses to their name.

FC Goa was always a force to reckon with, while the win over Jamshedpur FC in their previous game, just underlines the fact. But that they had left things for a perfect climax last night, during their match against Hyderabad FC could have proved detrimental to their cause. Following a slow start, it was the opponents that took the lead, to bring back FC Goa from slumber. Two late goals, in the 87th minute and the 91st minute, was just enough for them to bag three points from the fixture. Their coach Juan Ferrando feels that they need to start games with more personality in the future.

“In the end, it is important to be calm because in the last two games we won 2-1 in the last minute. We have to grow up during the games. It is necessary to start the games with more personality and more character and not react only after going down by a goal,” said Juan Ferrando, during the post-match press conference.

It was once again Igor Angulo who scored the winner, in the 91st minute, taking his overall tally to nine in the ongoing season. The manager was all in awe of the Spanish striker, but also stated that he needs to keep working hard and achieve more.