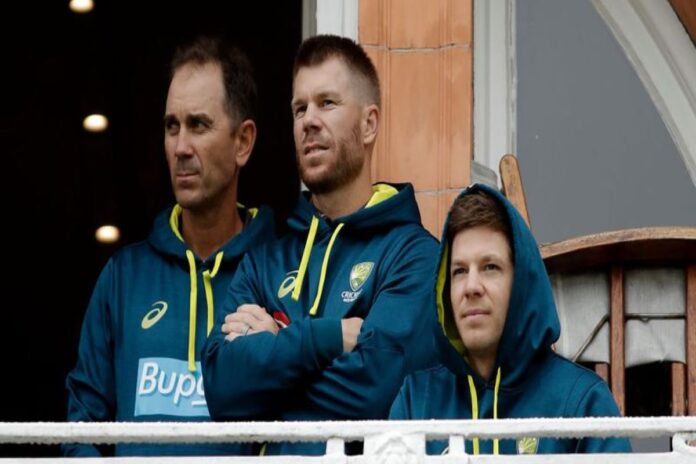 Australia head coach Justin Langer has weighed in on the almost-comical injury situation in the ongoing Border-Gavaskar Trophy and has suggested that the ‘unideal’ timing of IPL 2020 could have played a part in the same. Combinedly, India and Australia have had more than 10 injuries in the tour.

The unprecedented pandemic situation meant that boards had no option but to cram in an entire year of cricketing action into a few months, and some bonkers scheduling saw India and Australia play a full-fledged tour against each other on the back of a hectic and intense Indian Premier League (IPL) season. Both parties acknowledged that the scheduling could increase injury casualties, yet the number of players who have gone down has left the two sides mortified. At least a dozen players across both teams have either been ruled out or missed games in the tour due to injury, and the visitors, in particular, have an injury crisis so bad that they are in line to field a full-fledged ‘B’ team for the fourth Test at Gabba.

Bad luck, many believe, has played its part, but according to Justin Langer, the timing of the IPL might be to blame. Addressing the media on Tuesday, Langer tried to make sense of the injuries and suggested that the less-than-ideal timing and scheduling of the IPL could have very well played its hand in the unfortunate and unforeseen situation.

“… I’ve said this is going to be the survival of the fittest this summer. It’s really interesting how many injuries there’s been throughout this summer,” Langer said at a press interaction on Wednesday.

“We suffered through it through the white-ball series if you remember, and through the Test series. I can’t help but think that the IPL this year really probably wasn’t ideal timing for anyone, certainly for such a big series like this.”

Australian players came under fire two months ago for choosing the IPL over playing Shield cricket, but while Langer admitted that the competition provides a platform like no other for his players to develop, the Australian coach questioned the scheduling of the 2020 season. The 50-year-old rued the scheduling and suspected that it played a part in the ongoing injury crisis suffered by both sides.

“I love the IPL, I look at the IPL now how I used to look at county cricket for our young players, who go and play county cricket and it helps their cricket development enormously,” Langer said. “I think it’s the same with the IPL with our players now, it helps their white ball development. But the timing of it because of what happened with Covid, probably wasn’t ideal, and I just wonder whether that’s having an impact on the injuries we’re seeing for both teams throughout the summer. I’m sure we’ll review that.”

Australia are a side that have had their fair share of injury troubles over the years, particularly in the midst of series and tours, but even for them the ongoing situation has come as an unprecedented one. Langer admitted that the trend was worrying, and claimed that the team will conduct a detailed review post the conclusion of the series, trying to make sense of a crisis that has hindered the quality of a fantastic tour.

“We’ve got some high-performance people and the medicos and we said after the one-day series that we should review it. If you’re having more injuries or the trend is more injuries than usual, then of course you’ve got to review it. I’m sure we’ve got Andrew Weller at Cricket Australia, he’s on the case at the moment. A lot of these things you can say they’re one-off incidents, but when it becomes a trend, India and Australia have had more injuries.