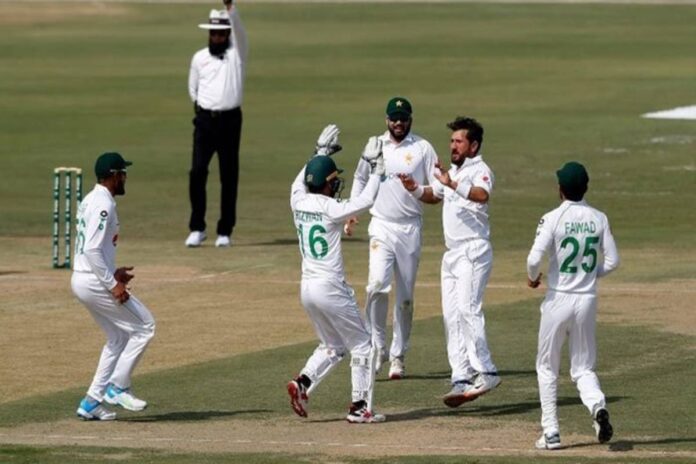 South Africa skipper Quinton de Kock rued his side’s dismal showing with the bat on Day 1 and insisted that the callous display with the bat in the first innings cost his side the game. Placed comfortably at 108/2 at one stage, the Proteas got bowled out for 220 to hand Pakistan the initiative.

South Africa’s wretched run in Asia continued in Karachi as the side slumped to yet another defeat in the sub-continent. Despite winning the toss and batting first, a poor effort with the bat coupled with an underwhelming display with the ball put South Africa at the mercy of the hosts, who needed no invitations to crush an out-of-sorts Proteas side. The defeat stretched South Africa’s winless run in Asia to seven years and also handed Pakistan a 1-0 lead in the series.

Speaking in the aftermath of the defeat, Proteas skipper Quinton de Kock underlined his side’s horror show with the bat on Day 1 as the single biggest reason behind their defeat. After being placed at 108/2 at one stage, the Proteas batsmen threw their wickets away in good batting conditions to get bowled out for 220 and surrender the advantage.

“Our first innings batting performance (cost us). That was a big factor in losing this game. Don’t think we took too long to adjust to the bounce. Was just a matter of us being soft,” de Kock said post match, reported Cricbuzz.

De Kock lauded his bowlers, and the fight showed by the duo of Markram and Van der Dussen with the bat in the second innings, but conceded that the visitors were out-batted by Pakistan.

Winning captain Babar Azam, meanwhile, credited his players and spoke of the importance of partnerships. Pakistan were at all sorts in the first innings at 27/4, but important stands from Alam-Azhar Ali, Alam-Ashraf and Yasir Shah-Nauman Ali ensured that they took a substantial lead heading into the second dig.

“Credit to the players who have worked so hard. Wicket was quite slow. Our plan was to bat first, but we were able to adjust our plans. I spoke at the toss of how important partnerships were. The way Fawad Alam and Azhar Ali revived the innings was so brilliant.”

Babar also reserved praise for the duo of Shah and Nauman, who bowled Pakistan to victory on the final two days. Between them, the two spinners took a remarkable 14 wickets in the match, and ensured that there was no way out for the Proteas in the encounter.

“Then Nauman Ali and Yasir Shah bowled really well aided by the fast bowlers. South Africa are a quality team, their pacers are very good. The way Nauman Ali played on debut, he showed his first-class experience.”

The second and final Test of the series will be played in Rawalpindi from February 4.