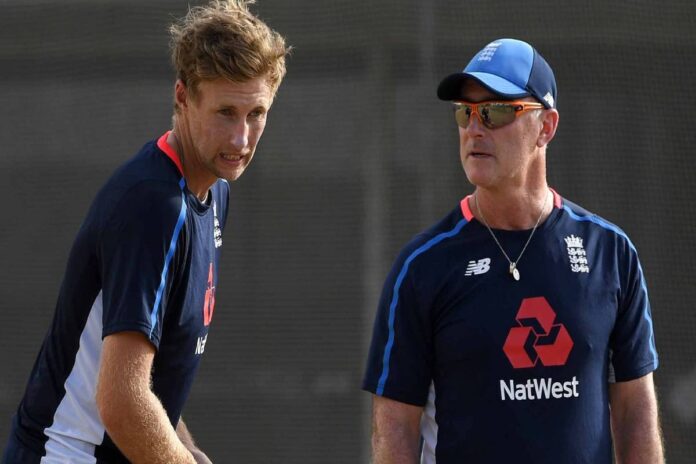 England batting coach Graham Thorpe insisted that it was important for his side to not focus only on spin, and claimed that India’s pace attack was just as potent as the team’s spin-bowling riches. Thorpe further added that the English bowlers should look to bowl their ‘best ball’ to dismiss Kohli.

Far too often teams visiting the subcontinent, in particular India, are blinded by the threat of spin, that they end up neglecting the potential damage that pace bowling could cause. This was the case with both South Africa and Bangladesh in India’s home summer of 2019/20, when the visitors were brought to their knees by the seamers, when, really, they were only equipped to tackle the threat of spin. Famously, in the pink-ball Test in Kolkata last year, the Indian seamers bagged all 20 wickets, a feat that was never achieved until then by an Indian team on home soil.

England, unsurprisingly, are bracing for the baptism-by-spin, but their batting coach Graham Thorpe is wary of the threat the home seamers could cause. Addressing the media on Friday, Thorpe lauded India’s pace attack and assured that his side will not dedicate practice to just spin.

“The one thing about the Indian bowling attack is, it’s not just about spin. I suppose their seam attack is also strong and so from that point of view it’s not to just get side-tracked completely into the spin side of things as well,” Thorpe said, reported TOI.

“Indian bowling has developed into a very good attack and we are very aware of that. When you come to the sub-continent you will have to deal with spin. More so with Indian attack, we are aware. The training time (three days) will be used to strike a fine balance practising both.”

Certainly in the recently-concluded series versus Sri Lanka, England were exposed to little pace, with the hosts fielding three spinners in each of the two Tests. What it did was expose some of the more inexperienced English batsmen to bowling, conditions and situations they might not have been used to, serving as invaluable experience ahead of the India Tests. Thorpe admitted that there was inexperience in the English squad, but asserted that he would like to see every batsman adapt to the situation and play accordingly.

“Some of our players haven’t played in the sub-continent, so in terms of development might be behind others but they are working hard and hopefully can put on a good show. It’ll be a bit of a learning curve for some of them as well.

“We may have some players who are slightly more aggressive and some players would be comfortable to bat all day if they can. We want our players to recognise situations and that may be where they are able to trust their defence.

“May be they are able to rotate strike whether it’s against seamers or spinners. Also how can we apply pressure on Indian bowlers will be one of the biggest challenges.”

Tackling the Indian spinners will be a tough challenge for England, but what will arguably be tougher is getting the better of Indian skipper Virat Kohli. In the 2016 series, Kohli finished as the highest run-getter with 665 runs to his name, almost single-handedly dismantling the English bowling which managed to keep in check every other Indian batsman in the line-up. Thorpe claimed that, to get the better of Kohli, the bowlers must aim to bowl their ‘best ball’ as often as they can.

“The key for our bowling attack will be to bowl our ‘best ball’ as often as we can. I don’t think we can ask for anything more from our spinners and seamers. We need to have runs on the board and then having the Indian batting order under pressure will really be the key for us. To take the game deep will be an important aspect for England,” the 51-year-old said.