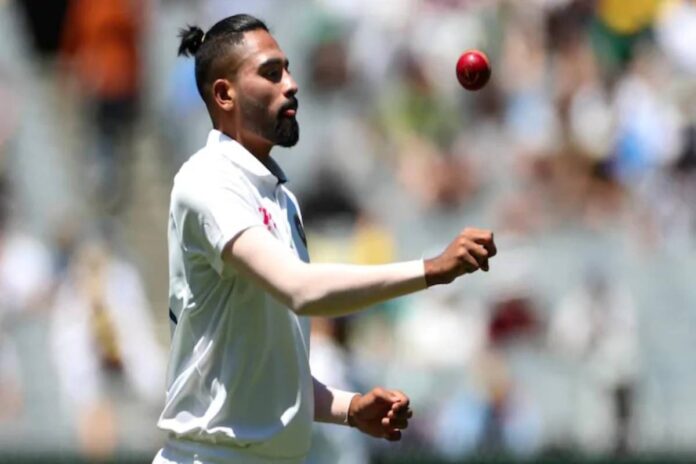 Indian fast bowler Mohammed Siraj has expressed his desire to help India win the Test series against England like he did in Australia. He also added that he learnt a lot from the senior bowlers of the side on the tour of Australia and is really looking forward to playing with veteran Ishant Sharma.

Indian pacer Mohammed Siraj had an outstanding debut Test series in Australia. Very few bowlers star in their first series, that too away from home, but Siraj emerged as India’s leading wicket-taker Down Under. His five-fer in the second innings of the Gabba Test where he led the bowling attack in absence of Jasprit Bumrah was crucial to India’s historic series win. The Hyderabad pacer showcased great transition from domestic cricket and India A to the highest-level, and, remarkably, there were times when he looked even better than senior bowlers with his pin-point accuracy and ability to move the ball

After his brilliant performances in Australia, Siraj was named in India’s squad for the first two Tests against England and is likely to play a part in the upcoming four-match Test series starting from Feb.5 in Chennai. The 26-year-old paceman has stated that he wants to win his side games of cricket against England and is looking forward to using everything he learnt from the last series Down Under.

“I just want to perform for my country. I want to help the team win the England series the way I did in Australia. The Australia series was a big opportunity for me. I am sure I will continue the good show against England as well,” Siraj told Timesofindia.com.

“There was a lot that I learnt from the Australia series. From sharing dressing rooms to net sessions, I learned a lot from the seniors like Pujara, Ajji bhaia (Ajinkya Rahane), Shami bhai, Rohit bhaia and coach Ravi sir. I want to use that knowledge now against England,” he further said.

Siraj also revealed that he learnt a great deal from the likes of Mohammed Shami, Umesh Yadav and Jasprit Bumrah.

“I am so happy with my performance. Got to learn a lot from Shami bhai, Umesh bhai, and Bumrah. They gave me a lot of tips. Shami bhai and Ravi Shastri sir taught me how to handle pressure. I will apply hthat in the England series as well,” Siraj said.

Seamers generally find it hard to adjust to Indian conditions given the flat nature of decks and hot weather conditions but for the young pacer, it doesn’t matter as for him performance is the only point of focus.

“It doesn’t matter whether I am playing at home or away, my performances and winning matches for my team have always mattered to me the most. I am all prepared for the England series,” he said.

Veteran pacer Ishant Sharma is also going to feature in the England Tests after missing out on Australia tour due to injury and Siraj is excited to play alongside the Delhite.

“I have bowled alongside Bumrah, Shami bhai, and Shardul. They are part of the series (vs England). I am so excited now to bowl alongside Ishant Sharma. It is going to be a huge learning curve for me,” Siraj signed off.