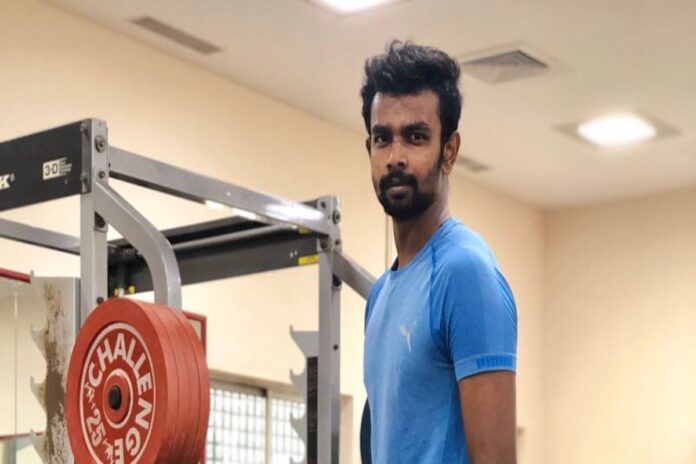 After making it to the Tamil Nadu squad for the upcoming Syed Mushtaq Ali Trophy, for the first time in nearly three years, Aswin Crist has stated that his ultimate goal is to don the Indian jersey. Crist stressed that the entire team will play to their strengths in the upcoming domestic season.

February 14, 2018, Valentine’s Day. As the world was celebrating the festival of love, Aswin Crist stepped onto the field donning the Tamil Nadu jersey in a Vijay Hazare Trophy game. A few good performances would have pushed him for an India-A berth just after his teammate Vijay Shankar made it to the national side. But the narrative doesn’t always hold on to the wishes and life surely had other plans for the Chennai boy.

Tragedy hit him hard and during a league game in the city, the pacer suffered an injury, which almost ruled him out of action for three years, before he was included in Tamil Nadu’s 20-man squad for the Syed Mushtaq Ali Trophy, which starts next week. And now that he is back, he is not going to compromise at all.

Ahead of the tournament, Aswin Crist, in an exclusive with SportsCafe, stated that his ultimate goal in life is to don the Indian blue jersey and nothing short of it. However, from a personal standpoint, he stated that his immediate goal is to play for Tamil Nadu in any format and gain his mental and physical strength.

“I have my ambitions and my goals to complete a few things. As of now, my goal is to play for Tamil Nadu in whatever format – Syed Mushtaq Ali, Vijay Hazare or Ranji Trophy – and the ultimate goal is to play for India and nothing short of that. I have to keep building for that, mentally and physically for that,” Aswin told SportsCafe.

One of the biggest setbacks for Tamil Nadu would be the fact that they have to play their entire group stage in Kolkata, where conditions are starkly different from home pitches in Chennai. However, Crist admitted that the plans won’t differ much as the team would continue to back their strength. With Tamil Nadu’s trophy cabinet desolate in the past two years, the pacer believes that he would put his best foot forward to get the trophy back for the state in his comeback year.

“Plan won’t differ much, we will play to our strengths. Winning a match or winning a tournament depends on how hungry we are as players, that’s what decides the match or tournament in your favour. We will stick to our strengths and as a batsman or bowler, we will continue to back ourselves. Tamil Nadu has the potential to win championships, we just have to get mentally tougher during crunch situations and give our best shot. I would make sure I put my level best for the state and try to get my best intensity out there,” he further added.

However, for him on a personal level, the perennial aim was always to work on getting back to full fitness and stand true by his strengths – bowling the hard length and getting the ball to do the talking. In modern times, however, that solely doesn’t offer bread and butter to bowlers with the white-ball, which has also made the pacer focus on sharpening his variations.

“Firstly before getting into the camp, I concentrated on my strength, which is bowling the hard lengths and bowl outswingers. I have been working on my slower deliveries and yorkers really well. I just try to keep my basics right and keep upgrading my variations,” Aswin stated.

Going into the start of the 20-over season, Tamil Nadu would definitely miss one of its jewels, with T Natarajan still Down Under with the Indian team. While admitting that his loss would be a big one for the state side, Aswin stressed on the importance of the team sticking as a unit and performing as a group in the absence of notable names.

“Definitely, if Natarajan was here, it would make a great impact for the team – his line and length, yorkers and everything that he provides. We all miss him, he is an amazing bowler, amazing athlete and a brilliant fielder. In a team sport, no individual is above the team. Even if our international players are or remain unavailable, we should be aiming to perform as a team. But definitely, they will have their own impact on the team.”