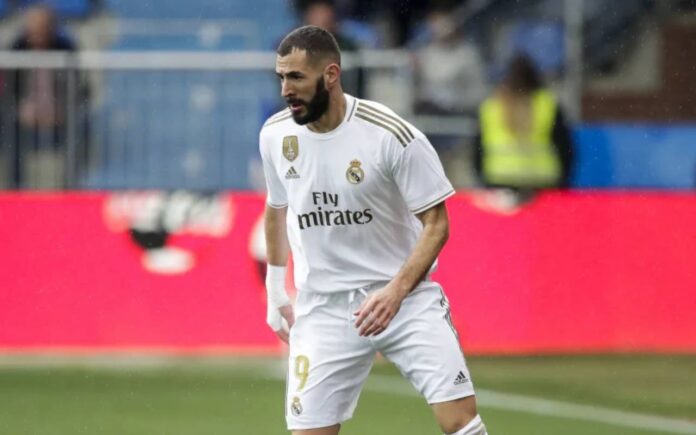 Karim Benzema’s former agent Karim Djaziri believes that the Real Madrid star has Olympique Lyon in his heart and will be back playing for his former side again in the future. The 33-year-old has spent 12 years at the Santiago Bernabeu and has become the club’s fourth highest all-time goal-scorer.

Few players have been as consistent as Karim Benzema for Real Madrid since he signed with the Spanish giants barring Cristiano Ronaldo. The Frenchman has netted 264 goals in 537 appearances for the club, which places him only two goals behind Alfredo di Stefano on Real Madrid’s all time goal-scorers chart. But while Benzema has ways to go before he overcomes Ronaldo’s 450 record, the Frenchman has been a key cog for the club.

Yet few forget that Benzema hasn’t spent the entirety of his career in Spain, with the 33-year-old thriving for Olympique Lyon. It saw the striker win four Ligue 1 titles, score 66 goals for the club before he signed for Real Madrid and Karim Djaziri believes that Benzema is going back. The Frenchman’s former agent admitted that the striker has “Lyon in his heart” and Djaziri “honestly believes” Benzema will return to France one day. He further added that the 33-year-old constantly talks about and watches every game that Lyon play.

“Will Karim Benzema return to Lyon? Yes, I honestly think he will. He talks to me constantly and he watches all of the team’s matches. On top of that, he has never been to the Groupama Stadium and, in his mind, it is something he wants, he has Lyon in his heart,” Djaziri said, reported Goal.