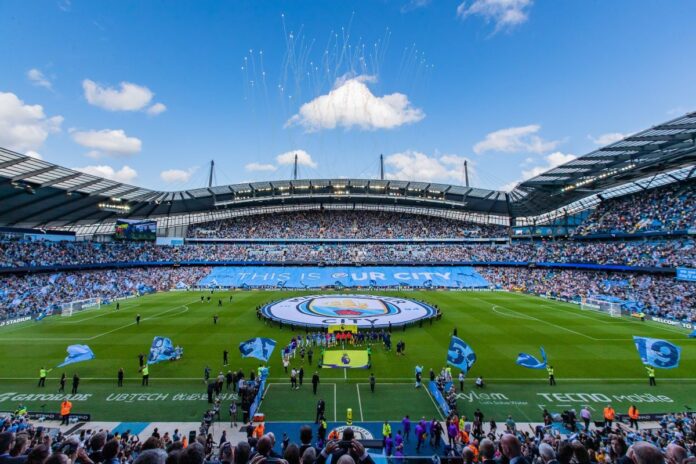 After six positive tests of COVID-19 over the last week, Manchester City have confirmed that three more people have tested positive at the club including two players. This comes after the Premier League reported a season-high forty new positive cases after the latest round of testing.

The Premier League confirming a season high number of positive cases in their latest round of testing has many fans and critics concerned that the season could be put into lockdown. That hasn’t been helped by the fact that Manchester City have now reported three new positive tests including two players which further adds to the club’s troubles. It now means that eight players – including Eric Garcia, Gabriel Jesus, Kyle Walker and a few others – have tested positive for the Cityzens with Pep Guardiola handed a new selection headache.

The latest positive cases including Scott Carson, on loan from Derby County, and 18-year-old midfielder Cole Palmer alongside one staff member. A statement from Manchester City confirmed the news and revealed that the trio have now been placed in self-isolation. That does mean, alongside Ederson’s positive test, Zack Steffen could continue as the team’s first-choice goal-keeper with teenager James Trafford possibly on the bench.

“Manchester City FC can confirm that Scott Carson, Cole Palmer and one member of staff have tested positive for COVID-19. Both personnel will now observe a period of self-isolation in accordance with Premier League and UK Government protocol on quarantine.