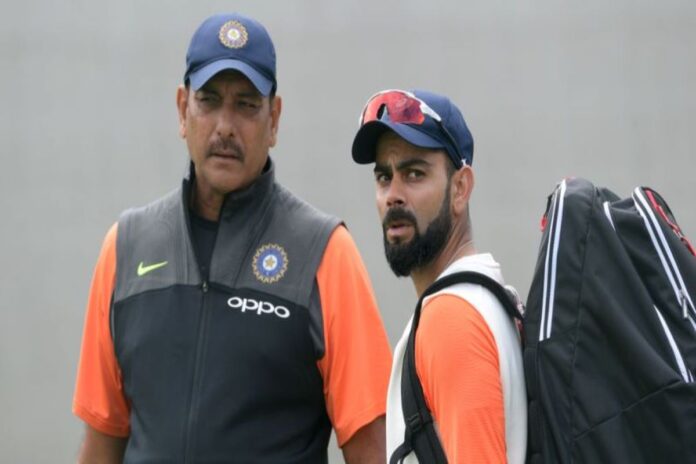 Indian head coach Ravi Shastri predicted that he doesn’t see Virat Kohli’s achievement of Test series wins against Oz both home and away getting emulated by any other Indian skipper. The ongoing IND-AUS Test series is leveled at 1-1 after India won the MCG Test under leadership of Ajinkya Rahane.

Beating Australia in Australia is one of the most difficult things in Test cricket, for barring South Africa, England and India, none of the Test sides have managed to win a Test series in the last decade Down Under. Australia is intimidating to play not only because of their quality team but also how hostile the crowd and media turns into during an ongoing series, which can get to the tourists.

When India won a historic Test series in Australia in 2018/19, not only it was India’s first triumph Down Under but also by any Asian side in the history of Test cricket. Reminiscing the experience of the enriching win, Indian head coach Ravi Shastri stated that it was hugely satisfying to win the Test series in Oz.

“The satisfaction gained in registering India’s first series win in Australia after 71 years of heartbreak was immense,” cricket.com.au quoted Shastri as saying in ‘India’s 71-Year Test: The Journey to Triumph in Australia’ book, reported TOI.

India and Australia right now are engaged in an intense Test series, which is leveled at 1-1 with two Tests remaining. Shastri had also quipped that no one Indian captain can match Virat Kohli‘s feat of beating Australia both at home and away in a long time.

“I cannot see Virat’s feat of winning against Australia both at home and away being emulated by another Indian captain for a very long time,” he added.

“The great thing about success in Australia is that it does not come easily. As a professional sportsperson, you know that when you win the hard way, you command respect,” Shastri said.

One of the major reasons behind India’s lackluster performances on Australian soil has been their average bowling at least till the start of the new century. But in the last series, the trio of Jasprit Bumrah, Mohammed Shami and Ishant Sharma had done a terrific job to have the Aussie batting on the mat.

Shastri, who once made a famous double-century at the SCG, asserted that bowling was a key factor in their historic series win.

“Indian teams have done well in Australia since the turn of the (21st) century, but did not have the depth of fast-bowling resources. That is why this Indian team commanded respect from the hard-to-please Aussies like few others in the past,” he added.