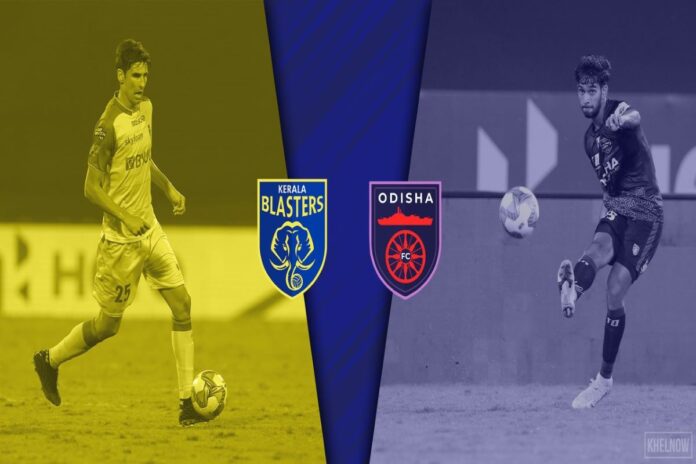 Kerala Blasters FC (KBFC) will look to move from the bottom places in the table when it takes on bottom-placed Odisha FC (OFC) in match 50 of the Indian Super League (ISL 2020-21) at the GMC Stadium in Bambolim on Thursday.

Kerala Blasters are having another dismal season. They have gathered just six points from eight matches, with only one win. The lone victory came against Hyderabad FC in December.

The team has simply failed to click together. Kibu Vicuna is yet to find his perfect line-up, even after almost half the season of ISL has been completed. The last outing for the Men in Yellow came against Mumbai City FC, where the Islanders defeated the Blasters.

Odisha FC are at the bottom of the ISL standings. They haven’t managed to secure a victory so far in the tournament. Odisha isn’t able to perform in spite of having big names in their squad. Players like Marcelinho, Steven Taylor and Diego Mauricio haven’t found the rhythm yet.

The team will be looking for their first win of the on-going season in the upcoming game against Kerala.