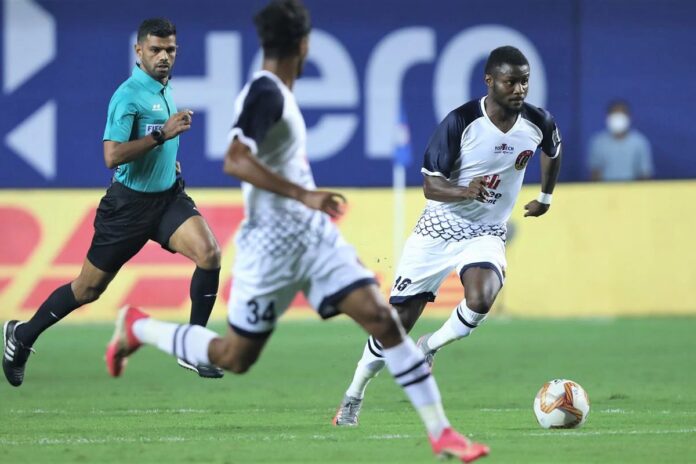 A spirited effort from SC East Bengal saw them hold FC Goa to a 1-1 draw at the Tilak Maidan Stadium in Goa.

The Gaurs dominated the match right from the start with their passing play. However, they failed to find that killer pass that would have given them the lead. SCEB too showed glimpses of brilliance but failed to make the most of the chances they created in the first half.

Bright Enobakhare’s sensational solo goal was the highlight as SC East Bengal held on for a point against FC Goa after going a man down early in the second half. SCEB defender Danny Fox was sent off for Fowler’s side in the 56th minute, but they still managed to remain in the game with some resolute defending. They took a surprise lead through Bright’s superb individual effort, but their lead only lasted a couple of minutes as Devendra Murgaokar’s header put Goa level in the 81st minute.