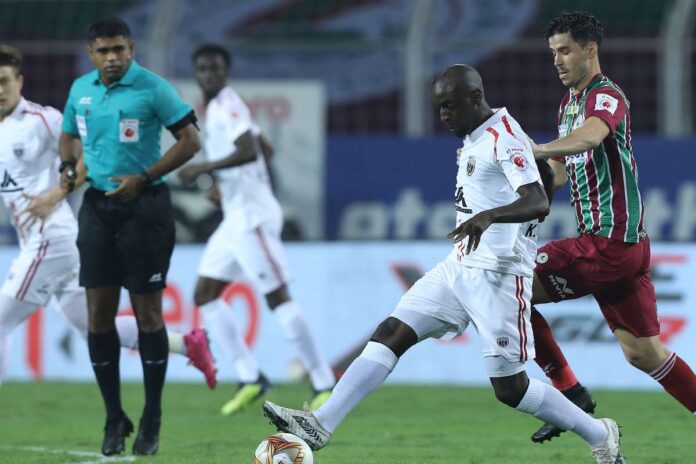 Hyderabad FC will be eyeing a top-four position at the end of the first leg when they take on NorthEast United FC in a mid-table clash of the Indian Super League (ISL) on Friday.

NorthEast United have struggled for fine form ever since the start of the current campaign. Having played nine games as of yet, the team have racked up just two victories in all. NorthEast United were disgraced by ATK Mohun Bagan in the previous clash and currently languish at the seventh spot in the Hero ISL table.

On the other hand, Hyderabad FC have endured a mixed start, with three victories and an equal number of defeats after nine games. They have notched up 12 points, occupying the sixth spot in the Hero ISL table. Hyderabad FC arrive into the game following a scintillating 4-1 victory against Chennaiyin FC.

But both teams are equally matched and could produce an exciting contest on Friday.

“NorthEast are a well-organized side. They are a team with a lot of young players and a smart coach. Not just Appiah, Lambot, Apuia and Ninthoi, they have a lot of quality in their squad and are a dangerous side to face,” said Marquez.