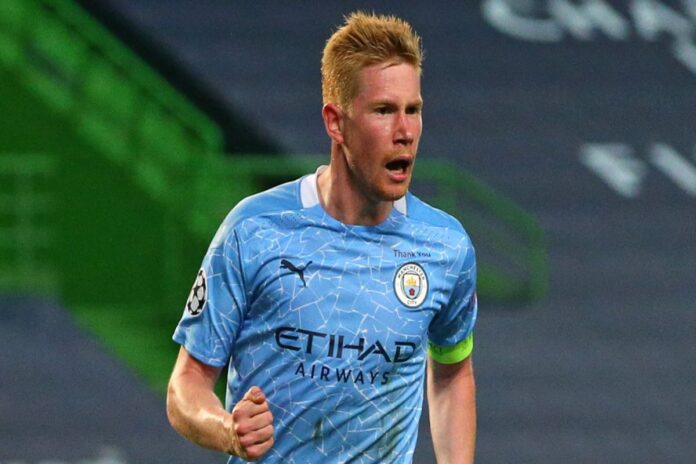 In light of rumours that Kevin De Bruyne rejected a contract offer, Pep Guardiola believes that the Belgian will stay at the club but admitted that they need to respect the process. The 29-year-old does have two and a half years left on his current deal but has been in talks with the club.

Few players have been as good as Kevin De Bruyne has been over the last few years with the Belgian establishing himself as one of the Premier League’s best, if not one of the best in the world. That was compounded last season by the fact that De Bruyne was awarded the PFA Players’ Player of the Year after he finished the season with 20 assists and 13 goals. The 29-year-old has continued that run of form into this season with eight assists and three goals in 14 league games.

Not only that, De Bruyne is one of only three players to play fourteen league games this season with Rodri the only one playing all fifteen of Manchester City’s games. It showcases just how important the Belgian is for the club and that saw Pep Guardiola admit that he’s confident the 29-year-old will sign a brand new contract for the club. The City boss further added they need to respect the process but admitted that De Bruyne knows how much the club values him.

“I’m pretty sure that he will stay but at the same time we have to respect the process.  I don’t know what’s going on because I didn’t speak with Txiki [Begiristain, Man City director of football] but he knows how we perceive him – not just as a football player, but as a person, how important he is for the club. But I’m not worried. At the end it’s his decision and hopefully it’s going to finish well,” Guardiola told Sky Sports.