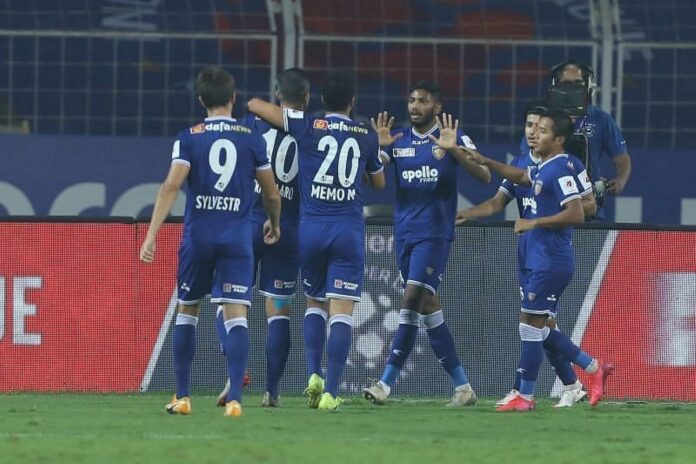 Chennaiyin FC coach Csaba Laszlo will have a lot to worry about when his side faces table-toppers Mumbai City FC in the Hero Indian Super League at the GMC Stadium on Monday.

After 13 games, Chennaiyin’s misfiring attack is still struggling to find its feet. Placed sixth, Chennaiyin have netted just 10 goals all season — the least by any team. Their 0-1 defeat to ATK Mohun Bagan in the previous game meant that they have now failed to score in 7 matches out of 13 — the most by any side.

And now, the two-time ISL winners not only face a Mumbai side that is on an 11-match unbeaten run but also the team with the strongest defence in the league. Mumbai have conceded just four goals all season. This presents Chennaiyin with a tough challenge and Laszlo has called for his misfiring attack to step up.

Spanish head coach Sergio Lobera will be pleased with side’s performances in the recent ISL matches. Mumbai City FC are unbeaten since their opening day loss to NorthEast United FC.

The Islanders have benefitted from the bright form of their midfielders such as Ahmed Jahouh, Rowllin Borges, Raynier Fernandes, and Hugo Boumous. Mumbai City FC centre-back Mourtada Fall is one of the most resourceful defenders in the ISL, owing to his strong presence inside the box.

With Farukh Choudhary leaving to Jamshedpur FC over the weekend, the league leaders have added winger Jackichand Singh to their ranks. The signing further bolsters their attacking unit.

The two sides have clashed against each other 13 times in the ISL. Chennaiyin FC lead the head-to-head record by a whisker with six wins, while Mumbai City FC have won the fixture five times.

Considering their recent form, Mumbai City FC have the upper hand heading into the clash against Chennaiyin FC.