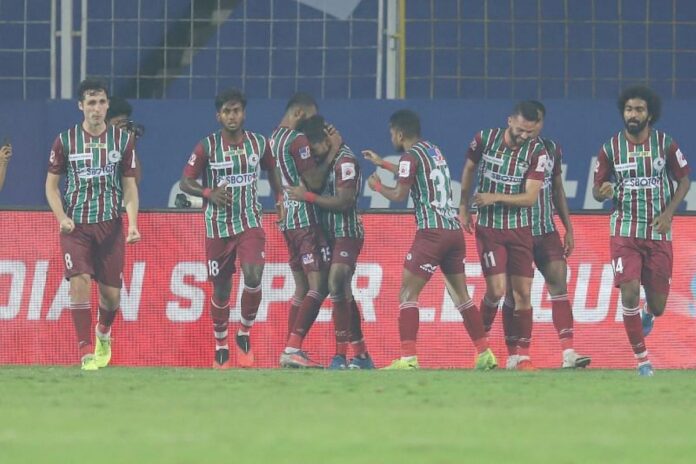 ATK Mohun Bagan face Mumbai City FC in a top-of-the-table ISL clash at the Jawaharlal Nehru Stadium in Fatorda on Monday. Both teams have been a cut above the rest of the pack so far, with Mumbai City FC two points ahead of ATK Mohun Bagan at the moment.
With these two looking like the only teams that will realistically compete for the ISL League Winners’ Shield this season, this game assumes huge significance. A win would take Mumbai City FC five points clear, and with a half a season to go, they would fancy themselves to go on and finish the job.

In their last game, Mumbai City beat Bengaluru FC 3-1, with goals from Mourtada Fall, Bipin Singh and Bartholomew Ogbeche. ATK Mohun Bagan on the other hand, beat NorthEast United 2-0, with two second-half goals. Roy Krishna gave them the lead early in the second half, before a Benjamin Lambot own-goal confirmed the win for them.