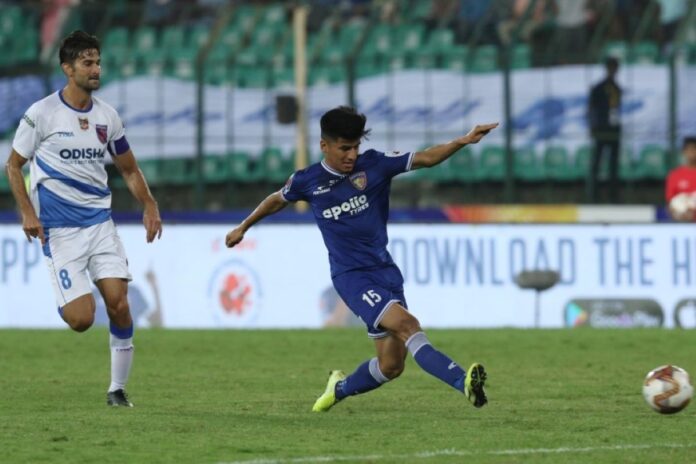 Chennaiyin FC and Odisha FC played out a 0-0 stalemate in the 53rd match of the 2020-21 Indian Super League (ISL) at the GMC Bambolim Stadium in Goa.

It was Chennaiyin who dominated the opening exchanges, creating multiple chances in the opening quarter. They had their first big chance during the second minute, but Rahim Ali failed to put his team up ahead.

The first half got increasingly aggressive with both teams committing a number of fouls.

Odisha thought they had the lead as the half drew to a close. Diego Mauricio headed in a cross from Cole Alexander, only for the linesman to signal for offside.

The Odisha keeper Arshdeep was in top form throughout the first half and was a major reason why both teams went in goalless at the break.

The second half was even more composed, with just four attacks coming up. The game got scrappy as both teams struggled to find the perfect ball in the final third.

Odisha FC almost found themselves trailing due to an error from skipper Steven Taylor. His failed clearance let Rahim Ali through on goal but Chennaiyin FC were unlucky to be denied by the woodwork. Chennaiyin FC then came up with a counter-attack after Vishal Kaith released Chhangte but substitute Esmael Goncalves’ poor first touch saw the chance slip away.

The Kalinga Warriors looked to nick a goal in the dying stages of the match but Chennaiyin FC’s defense stood strong.

As the deadlock refused to be broken, the sides shared the honours at the full-time whistle.