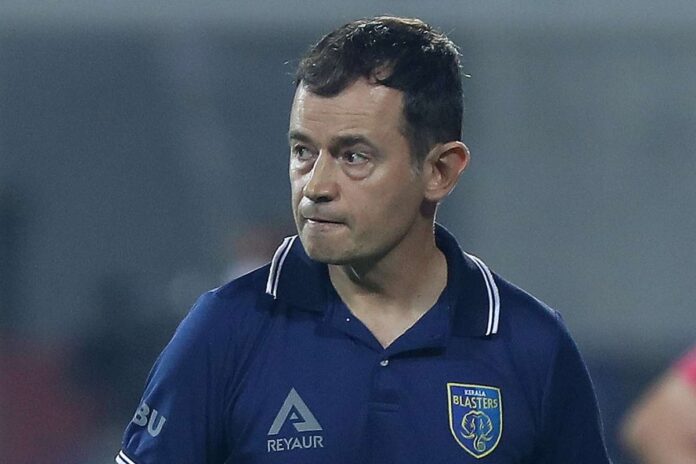 Kerala Blasters FC head coach Kibu Vicuna revealed that they are always looking for the best formation for each game, due to injury problems and suspension issues. The ‘Tuskers’ are placed at the 10th position on the league table with nine points from 10 matches, including a couple of wins.

Kerala Blasters FC still has a long way to go in the championship race, but the win over Jamshedpur FC in their last game will give the club loads of confidence. They are set to face 9th placed SC East Bengal at the Tilak Maidan on Friday. Considering the number of players missing out on consecutive games due to suspension or injuries, their head coach Kibu Vicuna has admitted that they always look for the best formation for each game.

“Every game is different. So what we are doing is looking at the players we have and the structure we are more confident in and trying to put the best team possible. It’s true that Gary and Jordan performed well together in the last game,” he also addressed questions over his constantly changing backline,” said Kibu Vicuna, during the pre-match press conference.

The ‘Tuskers’ have conceded 19 goals in this season so far – the most by any team, but they’ve scored only 13 goals with a goal difference of minus 6 so far this season. The Spaniard admitted that they are trying to improve the balance of the team by not conceding goals while creating more chances offensively.

“We are trying to improve the balance and try to not concede goals while creating chances offensively. The most important is not conceding goals (how many goals you concede) but to score against your opponent. If you concede but you score (more than you concede), the morale is high,” said the Kerala Blasters FC head coach.