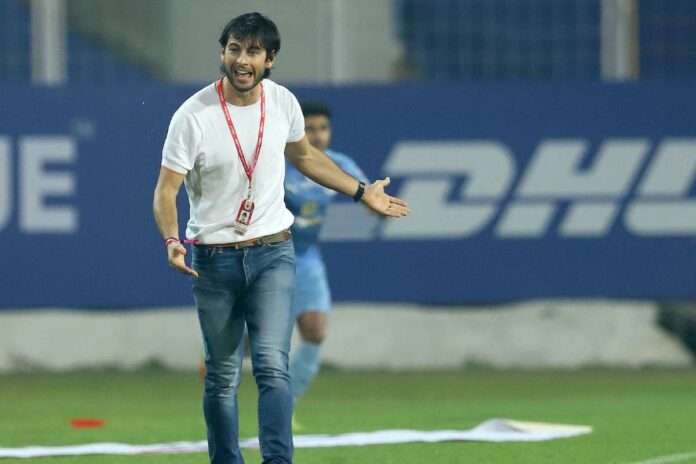 FC Goa head coach Juan Ferrando is convinced that SC East Bengal will play without stress and pressure in the upcoming match, especially after their win over Odisha FC a few days ago. The ‘Gaurs’ are placed at the third position in the league table with 14 points from nine matches.

FC Goa’s loss to Chennaiyin FC was unprecedented, but they had to pick themselves up and get back on track for the title hunt. Two back-to-back wins against Jamshedpur FC and Hyderabad FC was what the doctor ordered, with them currently placed at the third position in the league table with 14 points from nine matches.

Scheduled to lock horns with 10-placed SC East Bengal this Wednesday evening, FC Goa-boss Juan Ferrando is taking them for pushovers and is convinced that SC East Bengal will play without stress and pressure in the upcoming match, which is a ‘problem’ for them.

“There are two points. Firstly, with the new players (Bright Enobakhare, Raju Gaikwad, and Ankit Mukherjee) they have more quality, and secondly, their confidence – in the last few weeks, they were under pressure of being at the last position. Now when you have three points and when you win 3-1, they will play without stress and pressure. So this will be a problem for us,” said Juan Ferrando, during the post-match press conference.

SC East Bengal’s attack has been bolstered with the introduction of Bright Enobakhre in their ranks, while Jacques Maghoma is improving each day. Juan Ferrando has been watching their game with detail and feels that the ‘Gaurs’ need to control the spaces in the upcoming game to negate the threat in the final third.

“It’s necessary to pay attention [to them]. When you watch Maghoma, he’s a quality player in the offense. In my opinion, game by game, they are going to be very compact. It’s important to control the spaces, timing, and one against one as well because they have good players,” added the Spaniard.